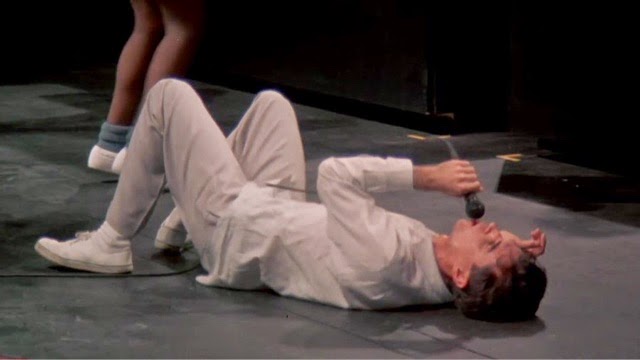 "Stop Making Sense is a concert film with a narrative, bursting at the seams with bits of invention and passion." - Chuck Bowen ( SLANT MAGAZINE)

"It's all so precise even as it is totally loopy, and the music pressed up in our face so urgently and enticingly, that the movie is as close to perfect as it gets." - Tim Brayton (ANTAGONY & ECSTASY)

Universally acclaimed as one of the best concert films ever made, Jonathan Demme's extraordinary documentary captures the groundbreaking Talking Heads in performance at their peak.

Posted by GenreOnline.net at 12:55 PM