THE VATICAN EXORCISMS -- coming May 19th to DVD from Anchor Bay Entertainment! 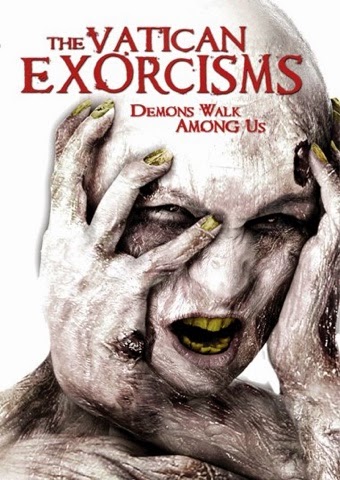 “…paced with perfection and quite possibly the greatest exorcisms on film.”

The Vatican Exorcisms is the horrifying story that the church tried to bury. Hoping to expose a shocking scandal inside the Vatican, a documentary filmmaker travels to Rome to interview several key witnesses but finds himself unearthing something far more sinister.

Delving deeper, he becomes dangerously close to exposing a much darker reality of corruption and demonic forces. As he is drawn further into the satanic underworld, he soon discovers that sometimes the truth is best kept hidden and that demons do walk among us.

Posted by GenreOnline.net at 5:30 PM