LEVEL 33 ENTERTAINMENT presents THE HOUSE ACROSS THE STREET -- Arriving April 10th in Theaters and Premium VOD! 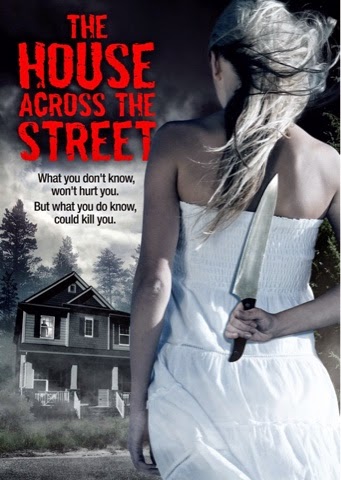 Level 33 Entertainment Announces the Release of

THE HOUSE ACROSS THE STREET

THE HOUSE ACROSS THE STREETfeatures the talented cast of Ethan Embry (TV’s Once Upon A Time, Eagle Eye, Harold & Kumar Go to White Castle), Academy Award ® Nominee Eric Roberts (Inherent Vice, The Expendables, The Dark Knight), Jessica Sonneborn (Alice D, Dorothy and the Witches from Oz), Alex Rocco (The Godfather, The Wedding Planner), and Courtney Gains (Sweet Home Alabama, Back To The Future).

Synopsis:  When Amy moves into a new apartment, she notices strange things happening at THE HOUSE ACROSS THE STREET. Always a curious girl, Amy is compelled to investigate further. The more she finds out, the closer she gets to the center of a horrific conspiracy that threatens to tear apart her new town and destroy the lives of its people.

Posted by GenreOnline.net at 3:05 PM