Breaking Glass Pictures will be releasing their latest documentary Ron Jeremy: Life After the Buffet on DVD and VOD (iTunes, Amazon Instant, Vudu, Google Play, Xbox, Vubiquity) on May 5, 2015.

In 2013, Ron made a different kind of headline. Death came knocking at his door like a bolt of lightening when he started experiencing pains in his chest. The film follows Ron on his spiritual awakening and personal journey to discover the existence of a greater power than what is here on earth.

DVD Special Features will include "Behind The Scenes with Ron Jeremy." 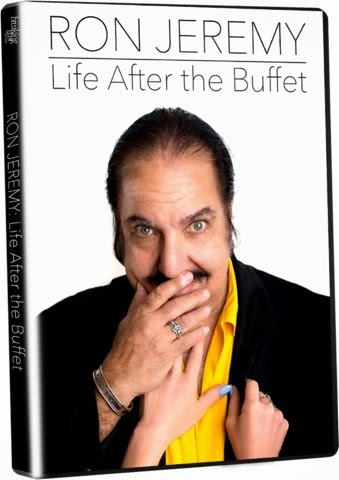