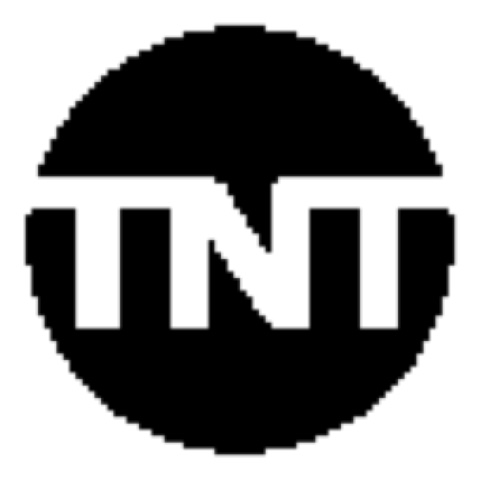 TNT, a division of Turner, has given the greenlight to Will, an unconventional period drama centered on a young William Shakespeare, played by newcomer Laurie Davidson. Will is the newest of five bold original series coming to the network over the next year, a slate that also includes Animal Kingdom, Good Behavior, The Alienist andTales from the Crypt. Today's news comes as TNT joins its fellow Turner brands as part of the Turner Upfront 2016 presentation in New York. Also announced this morning, TNT has ordered a pilot for Civil, a gripping drama about a second American Civil War. And Niecy Nash (Getting On, Soul Man) has just been cast in TNT's previously announced pilot for Claws, an outrageous dramedy set in a Florida nail salon.

TNT's latest programming moves are part of an overall strategy to shift the network's slate of original programming toward exciting, cinematic originals. Leading that shift is Animal Kingdom, an unflinching family crime drama starring Ellen Barkin, ScottSpeedman and Shawn Hatosy, and set to premiere with back-to-back episodes onTuesday, June 14. Animal Kingdom will be followed this fall by the premiere of Good Behavior, featuring Downton Abbey's Michelle Dockery in a no-holds-barred performance as a complicated woman trying to regain her life.

Next year's slate for TNT includes the newly greenlit Will, along with The Alienist, based on Caleb Carr's New York Times bestseller about a serial killer in New York during the Gilded Age, and Tales from the Crypt, a new horror block executive-produced by M. NightShyamalan and built around a revival of the classic anthology series, complete with a re-imagined Crypt Keeper.

"The powerhouse reach of TNT is broadening, with five new originals and a vibrant development pipeline," said Kevin Reilly, president of TNT and TBS, chief creative officer for Turner Entertainment. "The word is out before we have even premiered our first show: We’re reaching for something special – taking creative risks with some of the best talent out there and pushing for the best viewing experience on ad-supported TV. And we're just getting started."

As part of a portfolio-wide Turner initiative to transform the viewing experience for consumers, TNT plans to present new original series like Animal Kingdom and Good Behavior with reduced commercial inventory compared to typical television dramas, adding an extra 10 minutes of story to each episode. In addition, TNT and sister network TBS will lead Turner's expansion onto new platforms this summer by launching apps on Apple TV, Amazon Fire and Google Chromecast.

TNT Hath Bestowed a Greenlight on Will

Will comes to TNT from executive producers Craig Pearce (The Great Gatsby, Moulin Rouge!, Romeo + Juliet), Golden Globe® nominee Shekhar Kapur (Elizabeth), Alison Owen (Elizabeth) and Debra Hayward (Love Actually). Vince Gerardis (Jumper), Howard Braunstein (The Informant!, The Client List) and Louise Rosager also serve as executive producers on the series. The pilot for Will was written by Pearce and directed by Kapur. TNT plans to launch the series in 2017 in the U.S., as well as on Turner International's entertainment channels across the globe.

Will opens with a young William Shakespeare (Davidson) just arriving onto the punk-rock theater scene in 16th century London. It is in this seductive, violent world that his raw talent faces rioting audiences, religious fanatics and raucous sideshows. This is the exciting, dangerous and contemporary version of Shakespeare's life, played to a modern soundtrack that exposes all his recklessness, lustful temptations and brilliance.

Attracted to Will's naïve genius is Alice Burbage (DeJonge), the talented, beautiful and rebellious daughter of James Burbage (Meaney), the carpenter with a vision to build the first theater in London since Roman times. Despite being the daughter of an impresario, Alice is forbidden by society from pursuing a career in the theater. Her brother Richard Burbage (Inwood), is innately talented, but too much in love with himself and prone to overact. A chance encounter at the theater leads him to team up with Will in what would soon become the greatest actor-writer partnership the world has ever seen. Rounding out Will's cast of characters areplaywright, poet and chief Shakespeare rival Christopher Marlowe (Bower) and wealthy and notorious law enforcer Richard Topcliffe (Bremner).

"Will has an energy and style that is unlike anything else on television today," said Sarah Aubrey, executive vice president of original programming for TNT. "Shakespeare was a 16th century rock star, and Will perfectly captures in contemporary terms what that must have felt like for the young writer and his fans. We are delighted to be working with such an extraordinary team of executive producers and cast in putting a fresh, bold spin on the story of Shakespeare."

TNT has ordered a pilot for the gripping political and social drama Civil, to be directed by seven-time Emmy® nominee Allen Coulter (Damages, Nurse Jackie, Ray Donovan) and written and executive-produced by Scott Smith, who earned an Oscar® nomination and awards from the National Board of Review and the Broadcast Film Critics Association for A Simple Plan, which he adapted from his own bestselling novel.

Civil takes place in the wake of a hotly contested Presidential election, as America finds itself plunging uncontrollably into a modern day Civil War. The series weaves together the personal stories of citizens from all walks of life, whose actions – amplified in an age of instant media – add fuel to the conflict and affect the fate of the entire country.

Niecy Nash (Getting On, Soul Man) has joined TNT's pilot for Claws, an hour-long scripted dramedy set in a Southern Florida nail salon. A midnight-dark, wickedly funny meditation on female badness, Claws follows the lives of five diverse and treacherous Florida manicurists. It soon becomes clear there is a lot more going on at the Nail Artisan of Manatee County salon than silk wraps and pedicures. Nash is set to play Desna Simms, the owner of the salon.

TNT's Claws pilot is being executive-produced by Le Train Train's Rashida Jones, star of TBS's new hit comedy Angie Tribeca, and Will McCormack (Toy Story 4, Celeste and Jesse Forever, A to Z). The pilot is being produced by Le Train Train in association with Warner Horizon Television and TNT Original Productions, and is written by co-executive producer Eliot Laurence (Welcome to Me).

Posted by GenreOnline.net at 6:19 AM