The GenreOnline Interview - Actor Ray Stevenson
By Mark A. Rivera 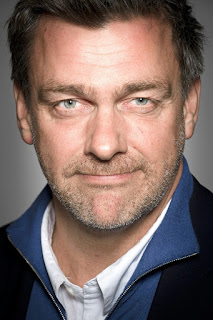 Rivera) Thank you so much Mr. Stevenson. May I call you Ray?

Rivera) You have played so many iconic characters on the big screen and small alike. A great deal of them tend to be likable and at times scary or simply antiheroes whether it is Frank Castle, Isaak Sirko, Titus Pullo and even Voltstagg is not a guy one wants to be on the bad side of, especially in battle.

Stevenson) Absolutely. He wouldn’t know whether to fight you or eat you.

Rivera)  (I laughed I said, “Yeah.” How was your approach for Edward Teach AKA Blackbeard accomplished so that you made the character your own and yet still exhibit traits because I find many of your characters are men made by both design and circumstances that command respect and instill fear, but they still manage to maintain charisma that you naturally have.

Stevenson) That’s a very good question Mark I think basically People who through adversity due life experiences and everything will ultimately not even pretend live a lie. They’re likely to let other people have a projected view of them and just let it go because they are actually too busy getting on with things and somebody whoo is that comfortable in their own skin by their very nature can be very intimidating for other people who aren’t just by turning up and having a profound confidence that is balanced with humility, but they don’t know all the answers and they are not frightened to say that. However they do know what they know and that in itself can be intimidating though they don’t purposely try and project that. 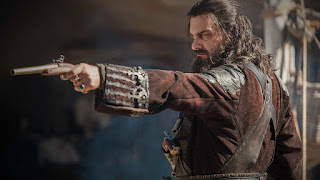 Rivera) So are you saying that it is part of the baggage I am carrying from some of your other characters?

Stevenson) I wouldn’t say it is baggage. If anything it is a human trait because there has been quite a few times then some of the characters I played… It’s like the character is there on the script and because when the writers writing it and don’t know who they are writing it for per se because they have written this character and if the part comes my way, I go to work and I start fleshing things out., finding nuances and relationships and attitudes of the character I am playing and playing with. You know the other Actors and their characters.

Stevenson) Just start to add many more layers and so it’s just the way I work. I hate it when an Actor says, “I don’t think my character would do that,” and my attitude is “Have you ever woken up and gone, I did what last night?”  I mean quite honestly we are capable of doing anything. So your character within the realm of the story can behave in many ways and basically I try to just humanize it and show that whether they’re acts are particularly violent or particularly destructive or whatever, that is basically

Stevenson) There’s no demons out there. People are capable of horrific things, but there are still    multilayers within that.

Rivera) Do you consider yourself a method actor or do you subscribe to any of those schools of thought? 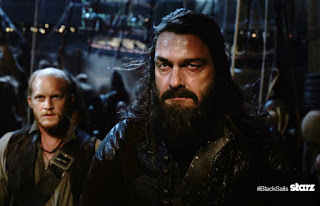 Stevenson) I think the Stanislavsky approach is completely valid and it is a tool in your box like the Method. I consider myself as a jobbing Actor. I haven’t had any formal classical training. If I were in a period play, where I can mine the peculiarities of a certain period and then bring that to bare like the wearing of certain costumes. Behavior in society dictates how you presented yourself and how the clothes were presented. So you bring that yourself as an Actor and that just fleshes it out more. This is why I love what I do. 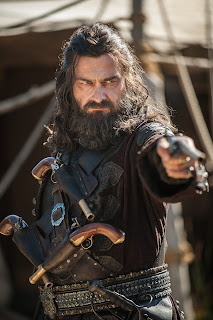 Rivera) For Edward Teach, did you look at any characterizations from film or TV, like the last person I saw play Blackbeard was John Malkovich on television in Crossbones, but a totally different characterization being he was playing a much older version of Blackbeard. So before or after you go the role did you research the character?

Stevenson) I researched Blackbeard historically. I did not go and look at other peoples’ portrayals. Maybe as a child I saw early movies, but I did not go and watch other peoples’ portrayals because that is the dramatization they are working on, but there is so much documented history on Blackbeard to get involved in and then look at ancillary material in that period of time and from different places that are not necessarily about Teach, but are about the world he is in and then you have to leave all that behind because you are ultimately playing a dramatization that is scripted, which is Black Sails because we are not doing a documentary, we’re doing Black Sails and you live and breathe in that world and hopefully I bring in something that is larger than life, but is a part of the fabric of the series.

Rivera) Thank you very much Ray. It is a pleasure to speak with you.

The third season of Black Sails will premiere on Starz on Saturday, January 23rd at 9PM (ET/PT) A review of the first two episodes from the third season is coming presently.

(C) Copyright 2016 By Mark A. Rivera
All Rights Reserved.

Posted by GenreOnline.net at 1:58 PM