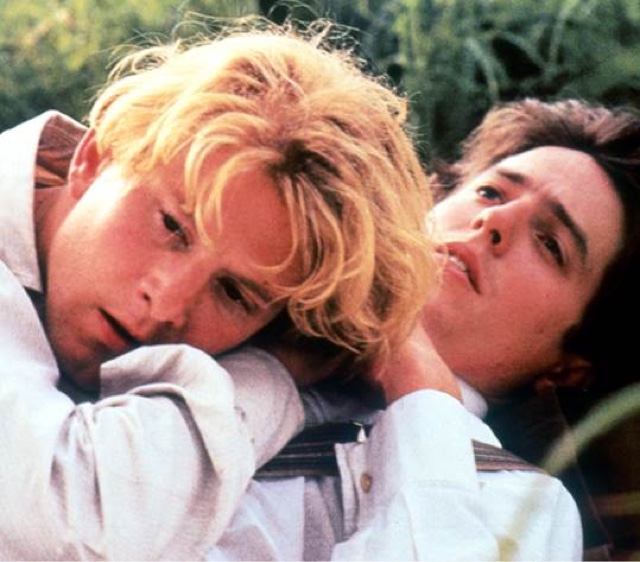 Lhomme Behind the Camera

With an oeuvre spanning the incredible technological innovations and evolving filmmaking practices of the past half century, Pierre Lhomme’s films are marked by a mastery of low light, and a gift for psychological realism in any genre. A selection of Lhomme’s greatest works—many newly restored— will be presented from January 12 – February 23 atCinéSalon.

Sparks fly between Catherine Deneuve and Yves Montand in the recently restoredLe Sauvage (1975), directed by Jean-Paul Rappeneau. A runaway bride seeks refuge on a tropical island inhabited by a reclusive perfumer in this manic screwball comedy,dazzlingly filmed on location in New York, Provence, and Venezuela.

Simone Signoret and Lino Ventura star inThe Army of Shadows, Jean-Pierre Melville’s recently rediscovered 1969 masterpiece about the activities of a group of resistance fighters in Nazi occupied France. The film’s muted, stark palette highlights the protagonists’ bleak lives and grim choices in this thrilling examination of the steep price of heroism in Europe’s darkest hour.

Presented in a rare 35mm screening, The Mother and the Whore (1973) stars Jean-Pierre Léaud, Bernadette Lafont, and Françoise Lebrun in a story of love and betrayal in post-1968 Paris. Widely considered one of the greatest French films of the post-war era, the film’s success is a testament to the trust and artistic complicity that developed between Pierre Lhomme and director Jean Eustache over the course of a manic four-week shoot.

In The Flesh of the Orchid (1975), Charlotte Rampling stars as an enigmatic, disturbed young heiress fleeing imprisonment by her diabolical aunt. In flight she meets and falls for Louis (Bruno Cremer), himself on the run from two gangsters. Pierre Lhomme was nominated for a César Award for his luscious, rain-drenched cinematography in this debut feature from legendary director Patrice Chéreau.

In May of 1962, at the conclusion of the Algerian War, Pierre Lhomme teamed up with Chris Marker to direct the documentary Le Joli Mai. In this iconic work of cinéma vérité, the filmmakers interrogate Parisians across the social and political spectrum—from social workers to journalists, policemen to stockbrokers, factory workers, and soldiers—on their daily lives, dreams, and aspirations in this vibrant portrait of the City of Light.

Gérard Depardieu is a soldier and poet with an enormous heart and an even more impressive proboscis as the titular character in Jean-Paul Rappeneau’sCyrano de Bergerac (1990). Gloriously filmed by Lhomme, the swashbuckling tale of love and self-image in seventeenth century France won the César for Best Cinematography and the Golden Globe for Best Foreign Language Film.

CinéSalon is more than just a night at the movies! Every Tuesday at 4 and 7:30pm, join us for a great film, drinks, and conversation. 7:30pm screenings will be introduced by guest speakers. After the movie, have a drink in the FIAF Gallery. These lively gatherings are the perfect place to discuss the movie.

A young bride (Catherine Deneuve) escapes her impending nuptials with a priceless painting hidden in her luggage. Pursued across Venezuela by her jilted lover, she maroons herself on an island with a sullen but handsome stranger (Yves Montand) who is also on the run from his past.

Pierre Lhomme captures the emotional depth of tropical landscapes in this adventuresome rom-com.

In French, German, and English with English subtitles.

Equal parts beautiful and brutal, this psychological drama follows the clandestine movements of a cell of determined Resistance fighters who risk everything for a seemingly hopeless cause. Cold, spare, and visually arresting cinematography captures the pervasive atmosphere of fear and mistrust in France during World War II.

Based on the novel by Joseph Kessel and director Jean-Pierre Melville’s own experiences as a young man, this wartime masterpiece won a New York Film Critics Circle’s award upon its US release in 2006, 37 years after its creation.

The Mother and the Whore (La maman et la putain)

John Eustache’s intimate portrait of youth after May 1968 is one of the most influential films in the history of French cinema. In this wayward epic, Lhomme’s long shots mirror Alexandre’s (Jean-Pierre Léaud) meandering days spent in cafés, unable to choose between the bourgeois girlfriend (Bernadette Lafont) who supports him and the promiscuous mistress (Françoise Lebrun) who falls for him in spite of her better judgment.

Don’t miss a rare chance to see this unforgettable classic, not available online or on DVD.

Richard Brody began writing for The New Yorker in 1999, and has contributed insightful articles about the directors François Truffaut, Jean-Luc Godard, and Samuel Fuller. Since 2005, he has been the movie-listings editor at the magazine. He also writes film reviews, a column about DVDs, and The Front Row, a blog about movies. He is the author of Everything Is Cinema: The Working Life of Jean-Luc Godard published in 2009.

The Flesh of the Orchid (La Chair de l’orchidée)

Stage director Patrice Chéreau’s first film follows a fugitive heiress (Charlotte Rampling) on the run from her wicked aunt and a pair of murderous gangsters. In this foreboding, rain-soaked thriller, it seems just about everyone is after her fortune.

7:30 screening followed by a special Q&A with Pierre Lhomme and director James Ivory.

Mr. Ivory, for over forty years at the head of Merchant-Ivory Productions, has created an unparalleled collection of independent films esteemed world wide for their beauty and quality. His pictures frequently celebrate being a foreigner in a foreign land, and often, as in the landmark filmJefferson in Paris and A Soldier’s Daughter Never Cries, his lens has captured the French spirit and beguiled audiences with his sensitive portrayal of La Belle France.

A love triangle—between an angry young fascist, his battered wife, and the friend who takes them in—is ground for an exploration of the political tensions in France in the early 1960s in this elegant thriller. Lhomme’s beautifully framed shots are the foundation for director Alain Cavalier’s first film.

Students, stockbrokers, poets, and construction workers discuss their lives during a moment of peace between war and cultural revolution. Told in impromptu interviews shot on the streets of Paris, this legendary collaboration between Lhomme and Chris Marker captures the attitude of the city in May 1962.

Pierre Lhomme is credited as co-director on this groundbreaking documentary, one of the first of its kind to use emerging technology to capture daily life.

“One of the key works of French cinema vérité” – Criterion

Sam Di Iorio is Associate Professor of French at Hunter College and the CUNY Graduate Center. He recently co-edited the posthumous edition of Philip Watts’ Roland Barthes’ Cinema (Oxford, 2016) and contributed a chapter about representations of everyday life to the revised edition of The French Cinema Book (BFI/Palgrave Macmillan, 2016).

The tragic tale of a selfless romantic with a larger-than-life personality—and a longer than average nose—is perfectly told in this adaptation set in the royal court.

This lavish and beloved period piece won a record-breaking 10 César awards, including best cinematography and best actor for a virtuoso performance by Gérard Depardieu.

The French Institute Alliance Française (FIAF) is New York’s premiere French cultural and language center. FIAF's mission is to create and offer New Yorkers innovative and unique programs in education and the arts that explore the evolving diversity and richness of French cultures. FIAF seeks to generate new ideas and promote cross cultural dialogue through partnerships and new platforms of expression. www.fiaf.org

CinéSalon is made possible by the NY State Council on the Arts with the support of Governor Andrew Cuomo and the NY State Legislature, the Institut français, & the Cultural Services of the French Embassy