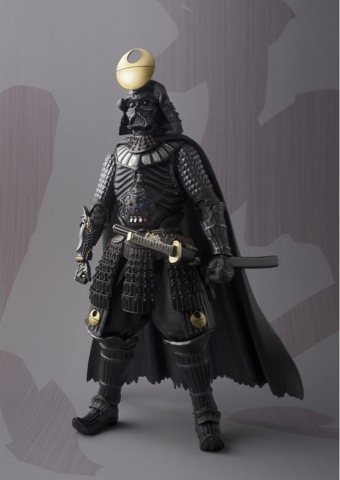 Irvine, CA, January 19, 2016 – Bluefin, the leading North American distributor of toys, collectibles, and hobby merchandise from Japan, Hong Kong and more, moves to the Dark Side for its latest Star Wars collectibles product with the release this month of the Samurai General “Daisho” Darth Vader. The high-detail, 7 inch poseable figure is newest addition of the Meisho Movie Realization Star Wars figure line by Tamashii Nations.

The new “Daisho” Darth Vader figure depicts the Dark Sith Lord as a Samurai General, clad in sinister black “Death Star” armor, and debuts with an MSRP of $92.99 from authorized Bluefin retailers nationwide and also from a variety of leading online outlets. The figure is constructed with hybrid materials and features 15 points of articulation to create endless posing possibilities

Fans can also enjoy other figures from the Meisho Movie Realization Star Wars product line – available now – that include the “Ronin” Boba Fett, “Ashigaru” Stormtrooper, and the Samurai General “Taisho” Darth Vader. Each is clad in a unique set of armor and comes with an array of weapons and other accessories. Additional new figures will be announced in coming months. 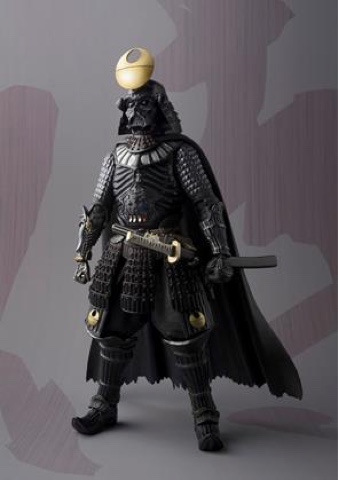