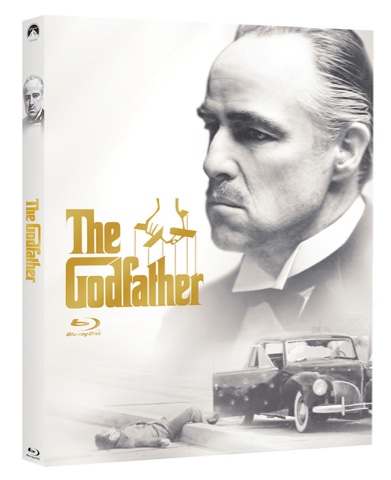 Paramount Home Entertainment has released all three films in Francis Ford Coppola's Godfather Trilogy as single disc Blu-ray Disc releases with new elegant artwork packaging, but the discs included within are the exact same discs from The Godfather: The Coppola Restoration, which included all three films and all of the extra value material that had originally been released going all the way back to the 2001 Godfather DVD Collection. The Coppola restoration Blu-ray Discs is a great improvement over the original DVD set release in every way possible. Having attended Francis Ford Coppola's press conference in front of the Morrissey Coppola Pasta Factory in Park Slope, Brooklyn back in 2001, I still remember Coppola stating that he considers the first two films to be the story and the third to be the epilogue of a cinematic novel. Paramount Home Entertainment graciously provided me with the first two films on Blu-ray, which feature the same solid 1080p, full HD widescreen presentations along with the English Dolby TrueHD 5.1 Surround Soundtracks as well as an English Mono Soundtrack and French and Spanish Language Dolby Digital 5.1 Surround Soundtracks. English Subtitles for the Deaf and Hearing Impaired are provided for both films and the feature length retrospective audio commentary by Francis Ford Coppola is also included for each.

If you are looking for just the individual films and extra value content is not an issue for you than these discs are for you. If not, buy the Coppola Restoration BD set or wait and maybe we will get a 4K UltraHD Blu-ray Disc Set in time for the film's fiftieth anniversary. The Godfather 45Th Anniversary Blu-ray Disc Releases for all three films are now available at retailers on and offline courtesy of Paramount Home Entertainment. 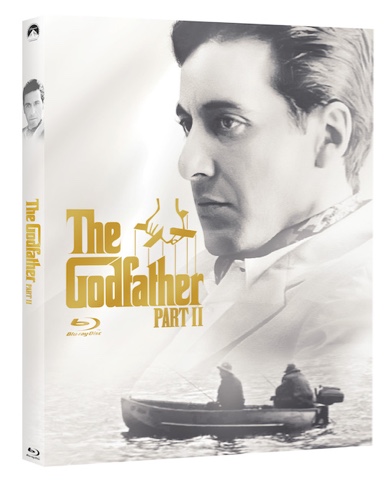