Easter Eggs That Connect Alien To Other Franchises.

In some cases these images are more winks than they are concrete proof, but all are interesting. 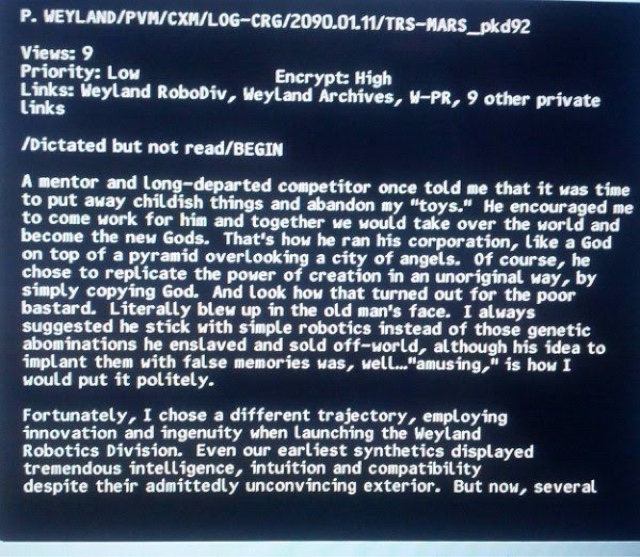 The image above from the 4-Disc Collector's Edition Blu-ray Disc set of Prometheus details Sir Peter Weyland's recollection of his old mentor, the founder of the Tyrell Corporation in Bladerunner. 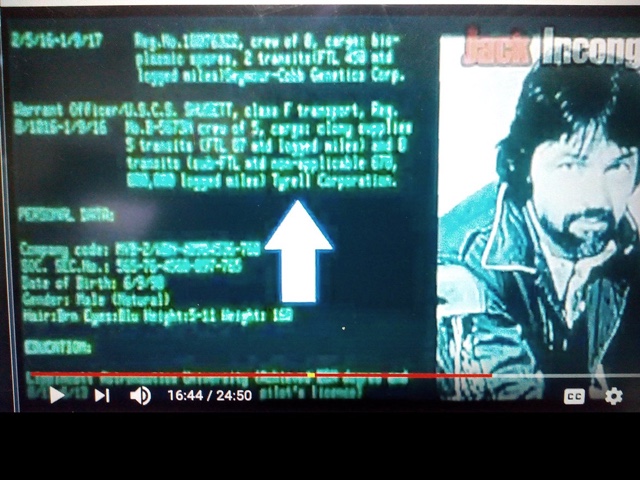 This shot from Aliens also references Tyrell Corporation as a past employer of Captain Dallas from Alien. 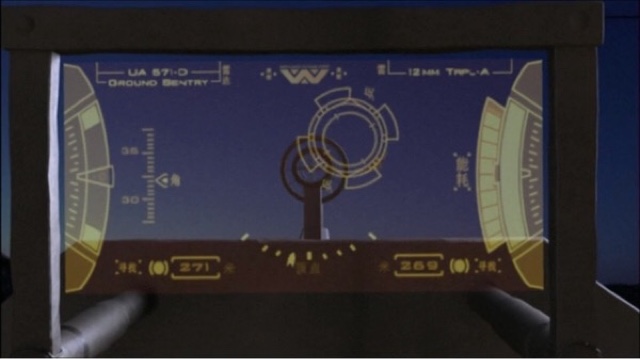 Joss Whedon, who wrote the screenplay for Alien Resurrection put Weyland-Yutani Corporation logos aboard the Serenity in both the short lived TV series Firefly and the feature film, Serenity.
As we wait for Bladerunner 2049 to open this October, it should be noted that Paul W.S. Anderson's Soldier, which was written by one of the screenwriters of the original Bladerunner has verbal references to battles and places noted in Bladerunner as well as the visible wreckage of a Spinner, the flying cars Police use in Bladerunner, among the heaps of trash found on the planet Arcadia in the film. The genetically engineered super soldiers in the film seem like they could be replicants or similar to them in the film Soldier as well.
While these Easter eggs do not officially connect the Bladerunner, Alien and Firefly franchises together, there are certainly more out there and they could coexist in the vast timeline that has not only connected these franchises, but also teased and later produced two separate spinoff films that connected Alien to Predator beginning with the Xenomorph skull in the trophy case aboard the Predator ship as depicted in Predator 2 and later put them into mortal combat in both Alien Vs. Predator and Aliens Vs. Predator: Requiem. An Enginner skeleton like flight suit can also be seen among the trophies in the Predator Scoutship depicted in Aliens Vs. Predator: Requiem.
In the two AVP films we also get to meet a different Weyland founder as portrayed by Lance Henriksen and are introduced to a Ms. Yutani at the latter film.
Have you spot Easter eggs connecting these films with others? If so then please place a comment below and let me know. Thank you.
(C) Copyright 2017 By Mark A. Rivera.
All Rights Reserved.
Posted by GenreOnline.net at 7:04 PM