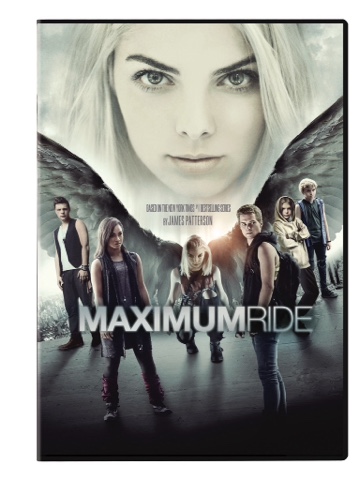 HOLLYWOOD, CA – Based on the phenomenal bestselling book series by acclaimed author James Patterson, MAXIMUM RIDE takes flight on DVD
December 6, 2016 from Paramount Home Media Distribution.  Patterson’s book series spent 144 weeks on the New York Times best seller list, has sold over 20 million books worldwide, and has spawned 11 Manga comics.  The film brings to life the extraordinary journey of six DNA-enhanced young orphans with the ability to fly who are on a mission to rescue the youngest of their flock while discovering the diabolical, scientific secrets of how they came to exist.  Their leader is Max, wise beyond her years, who must summon all her courage and acumen to outmaneuver the brutal half-human/half-wolf creations known as “Erasers”, confront her own inner demons and ultimately face a stunning betrayal.

Posted by GenreOnline.net at 11:26 AM