GREEN IS GOLD debuts on Digital HD & On Demand Dec. 6th and on DVD Dec. 13th 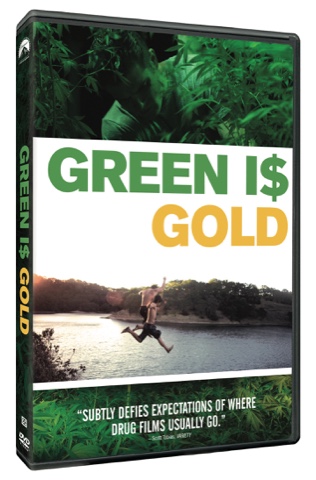 TWO BROTHERS STRUGGLE TO OVERCOME THE ODDS IN THE RIVETING DRAMA

HOLLYWOOD, CA – A teenage boy learns the value of family in the compelling independent film GREEN IS GOLD, arriving on DVD December 13, 2016.  The film arrives on Digital HD and On Demand December 6.

A thirteen-year-old boy is forced to live with his estranged brother after their father is sent to prison. Their relationship is soon tested when the older brother's occupation as a cannabis farmer infringes on his ability not only to raise his brother, but to even take care of himself.  However, through constant tribulation, they discover the only way to get through the difficulties of life is to work together and try to beat the odds.

The GREEN IS GOLD DVD is presented in widescreen enhanced for 16:9 televisions with English 5.1 Dolby Digital and English 2.0 Dolby Digital.

Posted by GenreOnline.net at 2:43 PM