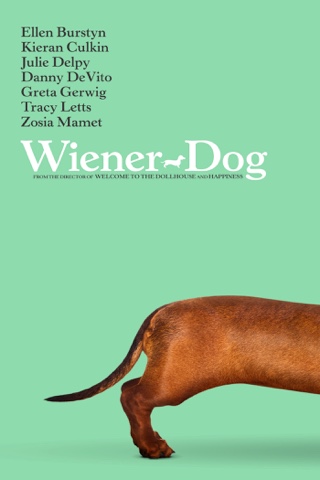 From director Todd Solondz, WIENER-DOG is a dark, starkly funny story of a single dog and the many different people she touches over her short lifetime. Man’s best friend starts out teaching a young boy some contorted life lessons before being taken in by a compassionate vet tech named Dawn Wiener. Dawn reunites with someone from her past and sets off on a road trip. After leaving Dawn, Wiener-Dog encounters a floundering film professor, as well as an embittered elderly woman and her needy granddaughter—all longing for something more. Solondz’s perversely dark comedy offers an appallingly honest look at the American experience, brought to life by its all-star cast.

WIENER-DOG was written and directed by Todd Solondz, produced by Megan Ellison and Christine Vachon and executive produced by David Hinojosa.

WIENER-DOG has a run time of approximately 88 minutes and is rated R for language and some disturbing content.

Academy Award® and Oscar® are the registered trademarks of the Academy of Motion Picture Arts and Sciences.