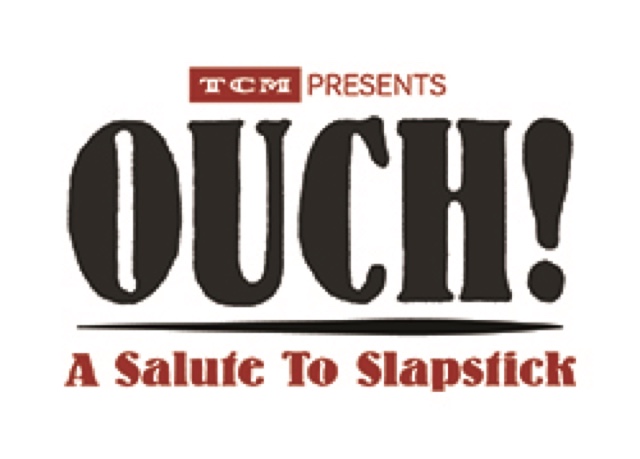 Turner Classic Movies (TCM) will pay tribute to pratfalls and double-takes with Ouch! A Salute To Slapstick, a month-long programming special featuring more than 50 films exploring the history of slapstick. Hosted by acclaimed stand-up comedian Greg Proops, the special will feature programming from silent masters Chaplin, Keaton and Lloyd to modern master Will Ferrell, and will premiere Sep. 6th and air every Tuesday and Wednesday during the month. Additionally, TCM is once again partnering with Ball State University and Canvas Network to offer a free online multimedia course on slapstick comedy. Enrollment begins today and comedy fans can sign up for the course at TCM.com/slapstick.

Ouch! A Salute to Slapstick will explore the various forms slapstick in movie history including:

The free, six-week online course - Painfully Funny: Exploring Slapstick in the Movies - will bring together movie lovers, comedy fans and online learners to explore the genre and its place in cinematic history. Taught by Richard Edwards, executive director of Ball State’s iLearn Research, the course will feature:

In addition to the course, TCM is creating social activations to provide additional engagement opportunities.  Both students and fans will share #SlapstickFall to discuss the genre and films shown in addition to social media contests the network will run throughout the programming event.

“This month-long programming special is going to be a fun and comprehensive opportunity for fans to discover and enjoy this distinctive genre,” said Jennifer Dorian, general manager Turner Classic Movies. “Coming off the successful online course last year with film noir, we’re happy to continue to partner with Ball State and Canvas to once again offer this immersive fan engagement opportunity, which allows us to interact with our passionate film audience in another exciting and new way.”

“This year, Ball State has been particularly excited about the contributions of our students to this project. Working with the Office of Immersive Learning, I was able to teach a course that brought together a team of students to produce social media assets and videos for this initiative. The students worked closely with representatives from both TCM and Instructure’s Canvas Network. The students presented the social media campaign they created for Painfully Funny to TCM executives on a trip we made to their Atlanta offices in June. Their social media campaign was approved and will be used to enhance awareness and engagement about this initiative,” said Richard Edwards, executive director of Ball State’s iLearn Research.

“Canvas has always looked for original ways to deliver learning experiences, and our edutainment MOOCs create opportunities for people to connect and form passionate learning communities,” said Hilary Melander, manager of Canvas Network at Instructure. “This partnership is exciting because it was designed in part by students, taught by a PhD film expert and accessible to anyone with internet access. A version of the course will also be shared to Canvas Commons for other instructors to reuse and revise. Instructure’s dedication to innovation in education and encouragement of educators to think outside the box make ventures like this possible.”