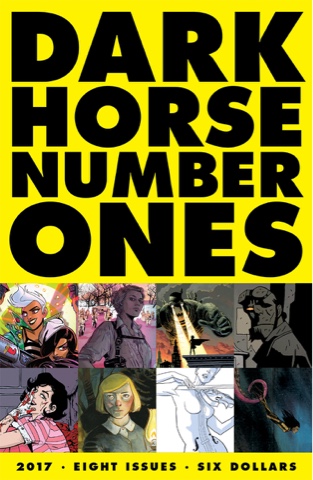 MILWAUKIE, Ore., (August 29, 2016)—Dark Horse is making it easy for you to find your next favorite series! Dark Horse is excited to announce the Dark Horse Number Ones trade paperback, which will allow readers to familiarize themselves with some of our most talented creators in a value priced collection.

Dark Horse Number Ones opens the door to new storytelling worlds with eight first issues from a diverse selection of genres: