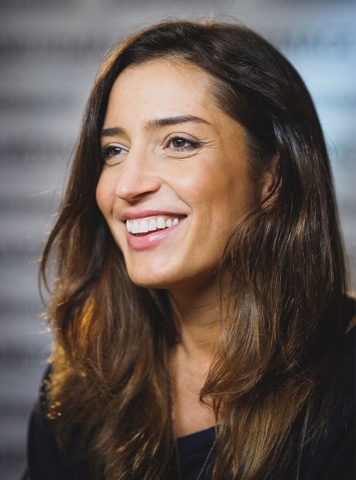 -          Reed Morano will direct the first three episodes of Hulu Original’s The Handmaid’s Tale, an ongoing drama series based on the award-winning, best-selling novel of the same name by Margaret Atwood.

-          The Handmaid’s Tale comes to Hulu from MGM Television and is created,executive produced and written by Bruce Miller, with Warren Littlefield, Daniel Wilson, Fran Sears, and Ilene Chaiken serving as executive producers. Atwood is a consulting producer for the series. Morano will also serve as an executive producer on the first three episodes.

-          Morano was named one of Indiewire's 20 Best Breakthrough Directors of 2015 for her critically acclaimed directorial debut “Meadowland”.  In addition to directing, she DPed the movie which earned her an Independent Spirit Award nomination. Morano has been directing select episodic television including AMC's HALT AND CATCH FIRE and Showtime's BILLIONS while prepping her next features to direct in early 2017. As a DP, Reed is a regular on the festival circuit with numerous films at Sundance over the past 8 years including “The Skeleton Twins”, “Kill Your Darlings”, “Shut Up and Play the Hits” and the Academy Award nominated "Frozen River". She is repped by WME.

-          The Handmaid’s Tale is scheduled to go into production in Toronto this fall. The 10-episode series is slated to premiere in 2017.

-          The drama series, based on the award-winning, best-selling novel by Margaret Atwood, is the story of life in the dystopia of Gilead, a totalitarian society in what was formerly part of the United States. Facing environmental disasters and a plunging birthrate, Gilead is ruled by a twisted religious fundamentalism that treats women as property of the state. As one of the few remaining fertile women, Offred (Elisabeth Moss) is a Handmaid in the Commander’s household, one of the caste of women forced into sexual servitude as a last desperate attempt to repopulate a devastated world. In this terrifying society where one wrong word could end her life, Offred navigates between Commanders, their cruel Wives, domestic Marthas, and her fellow Handmaids – where anyone could be a spy for Gilead – all with one goal: to survive and find the daughter that was taken from her.