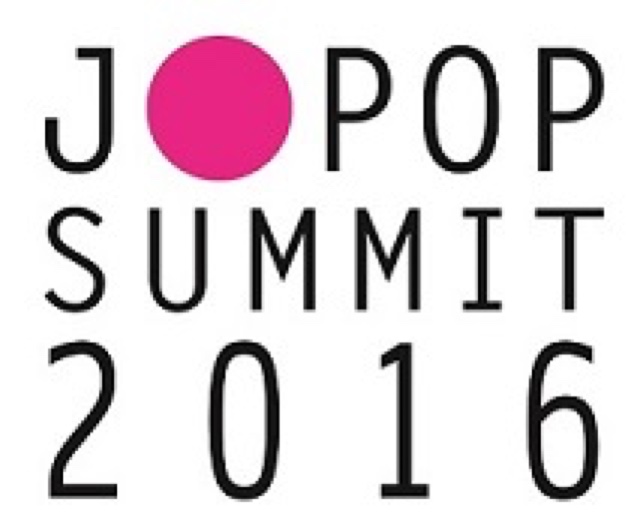 San Francisco, CA, April 27, 2016 – J-POP SUMMIT 2016, one of the world’s biggest Japanese pop culture events, has announced an exciting and diverse first line-up of music artists set to perform this year. This summer’s festival will be highlighted by an exciting 3-day slate of live music from a wide range of top Japanese pop idol, ani-pop (anime pop), electronica, and rock artists that will complement an extensive roster of attractions, participants and exhibits, and other live programming. Tickets will go on sale on Friday, May 6th at: www.J-POP.com.

WORLD ORDER is an electronic dance performance group produced by Genki Sudo, the legendary mixed martial arts fighter. The group is known globally for its pop and sensitive dance music and the choreographed performances that feature tightly syncopated movements by suited members. Their monotonous black suits and eerie, robot-like movements are deliberate and prompt the audience to reflect on contemporary society, working styles, global culture, and images of modern Japan. From its inception, WORLD ORDER aimed to become a globally known group and has gained widespread support in Asia, North and South America, and EU countries.

Silent Siren is a 4 piece all-female band formed by Su (Sumire Yoshida on vocals and guitar), Hinachu (Hinako Umemura on drums), Ainyan (Aina Yamauchi on bass), and Yukarun (Yukako Kurosaka on keyboards). Silent Siren held its first overseas concert in Hong Kong in 2014. Since then, they have actively performed overseas. An Asian tour in 2015 saw the group perform 20 shows in over 16 cities, and a solo concert in Jakarta, Indonesia was celebrated by over 2,000 local fans. Silent Siren made history as being the first all-female band to perform a solo concert at Nippon Budokan the legendary hall for singers in Japan. All of their 12 singles and albums after their 3rdalbum have been ranked in the Top 10 in the national music charts.

Wednesday Campanella is a pop house unit that delivers a mixture of house, techno, and trance style music. The unit is formed by Kom I (front man), Kenmochi Hidefumi (composer), and Dir.F (all the rest). Of the three, Kom I will be the only one to perform at the J-POP SUMMIT this year.The group is recognized for its comical and sensational music videos and for the singer’s very unique personality. The group’s recent activity includes release of the album, “Zipangu” based on a concept of traveling around Eurasia and looking back to Japan from overseas. Wednesday Campanella has performed major music festivals such as South by Southwest 2016, Summer Sonic 2015, Rising Sun Rock Festival 2015, and the Rock in Japan Festival 2015.

GARNiDELiA is a Japanese ani-pop duo consisting of vocalist, MARiA, and composer, toku. Their first major single, “ambiguous” was used as the opening theme of the anime series, Kill la Kill. Many of the duo’s subsequent singles have been used in popular anime series such as The Irregular at Magic High School, Gundam, Reconguista in G, Linkage Ring, and Gunslinger Stratos. GARNiDELiA actively performs both inside and outside of Japan. Their recent global activity includes performances in Anime Festival Asia 2014 Indonesia, Anime Festival Asia 2014 Singapore, SakuraCon in the U.S., Anison Dream Stage 2015 in Hong Kong, and SMASH in Australia. The duo is on their way to becoming one of the hottest ani-song units in recent years.

J-POP SUMMIT is one of the world’s biggest Japanese pop culture events, held every summer in San Francisco, CA. By introducing the latest in Japanese music, fashion, film, art, games, tech-innovations, anime, food, as well as niche subcultures, the festival has become a landing platform for new trends from Japan.