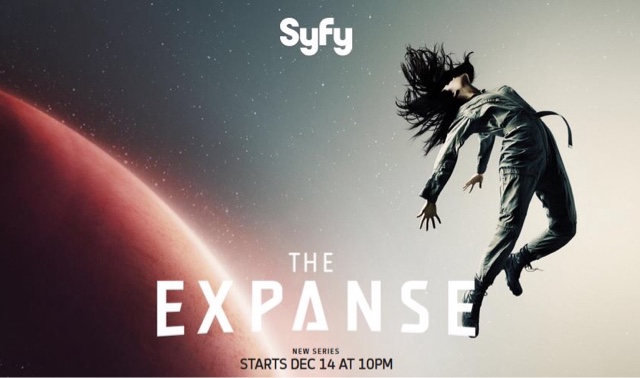 Set  in the 23rd Century, The Expanse deals with various factions representing different personal and political interests following the disappearance of the daughter of a powerful Earth based diplomatic and corporate interest (Florence Faivre). Aboard the Ceres space station, a Detective (Thomas Jane) is assigned to find her and in the process becomes embroiled between the conflicting interests of a group marked as terrorists operating in the colonies that are responsible for asteroid mining known collectively as The Belt. Meanwhile survivors of an ice freighter destroyed by a mysterious stealth vessel believed to be in league with Mars is put in between the Cold War conflicting interests of Earth and Mars, leaving Engineer Jim Holden (Stephen Straight) in the difficult situation of declaring without fulling knowing who to trust, that terrorists from The Belt are responsible for the destruction of two ships, one of which had the missing runaway heiress. Collectively forces engage each other with system wide war in the balance while an unprecedented threat comes into play that may in fact threaten the survival of the entire human race.
The Expanse is Syfy's most ambitious series in the history of the network and has a subtle Game Of Thrones feel, which is not entirely surprising since it is inspired by a continuing Hugo nominated books series also collectively called The Expanse. The series is very engrossing and clearly aimed at adult viewers with a bit of basic cable nudity, language and some bloodless action. The look of the show is reminiscent of Syfy's own reimagined Battlestar Galactica, but with a slick theatrical quality to it and fantastic visual effects. The series is well cast with additional regular and recurring roles played by Cas Anvar, Wes Chartham, Shohreh Aghdashloo, Dominique Tipper, Paulo Castanzo, Chad Coleman, Jay Hernandez, Jonathan Banks, Jared Harris, Boyd Banks, Julian Richings, and Kenneth Welsh.
I screened the first four episodes of The Expanse and found it to be surprisingly engaging as well as entertaining. Syfy will launch a sneak preview of the series premiere on VOD and online on Monday, November 23, 2015. Then The Expanse will premiere over two nights on Monday, December 14th and Tuesday December 15th at 10pm/9C on Syfy. The Expanse will then regularly air on Tuesdays at 10/9C for the remainder of its 10-hour first season.
Intriguing and thought provoking, I highly recommend giving The Expanse a view.
(C) Copyright 2015 By Mark A. Rivera
All Rights Reserved.
Posted by GenreOnline.net at 4:12 PM