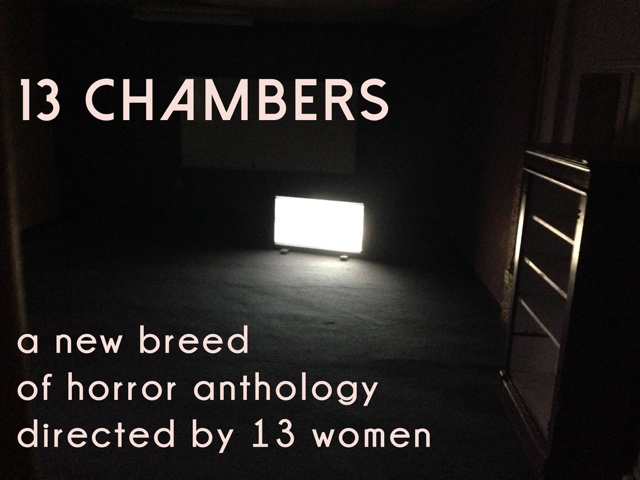 They've invited 13 female artists to participate in the experimental project, which includes 13 constraints, one of which is that the film must be shot inside a dilapidated former school building in Seattle. The building, constructed in 1918 as a print shop, is slated for demolition later this month when it will become an apartment complex.

They've launched a week-long Seed&Spark crowdfunding campaign to support this project, on an expedited timeline in order to ensure the production is completed before the building is torn down.

Says producer Brad Wilke, "As soon as I saw the building, which is truly cavernous, I said 'we have to make a film here.' From that point, just one week ago, it's been a race to get things moving. The film and arts community so far has been totally on board: they see the potential and want to help us make this happen."

In April, Fryett procured the donation of the school to Aktionsart from San Francisco developer MacFarlane Partners. She has since used it as a site for new media art projects, including Black Box Festival and General Intellect - an exhibition of 3,000 videos created by Amazon Mechanical Turk workers. Previously, the  building was home to Morningside Academy.

“13 CHAMBERS is a project that aligns perfectly with Aktionsart’s mission to empower artists to experiment with new methods of production and distribution,” says Fryett. “I’m particularly thrilled to partner with Smarthouse Creative and invite local female filmmakers to create a living archive of this unique and haunted space in South Lake Union. It’s one of the few remaining historical structures in a rapidly gentrifying neighborhood.”

Smarthouse and AKTIONSART plan to release the anthology in early 2016, and plan to expand the 13 CHAMBERS anthology concept to other site-specific locations in other cities around the world.

Posted by GenreOnline.net at 2:51 PM