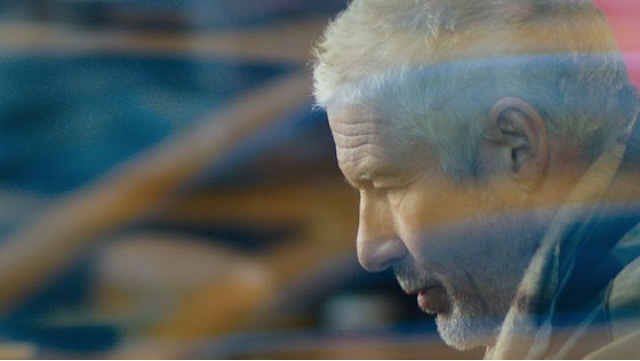 TIME OUT OF MIND

A FILM BY OREN MOVERMAN

Evicted from his squat and suddenly alone on the streets, George (Richard Gere) is a man without a home. Struggling with his demons and desperately trying to connect with the daughter he abandoned, he navigates the system, hustling for change and somewhere safe and quiet to gather his thoughts. But the streets are relentless and soon, George finds himself teetering on the edge, alone and abandoned. TIME OUT OF MIND is Oren Moverman's powerful portrait of a man on the margins of society, a visually stunning film that brings the experience of homelessness into sharp, deeply empathetic focus.