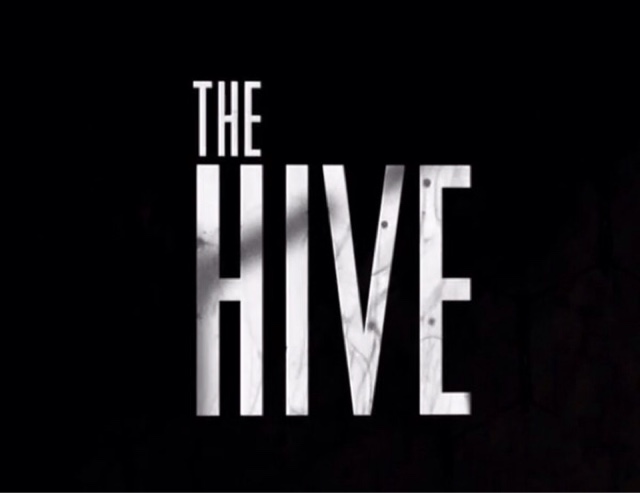 June 24th, 2015 – (Burbank) This fall, Chris Hardwick’s Nerdist Industries brings you a new vision of terror with sci-fi horror film The Hive, the first release under his Nerdist Presents film label. Nerdist is bringing the film to Comic-Con for fans to get their first look at the future of horror; a film James Gunn calls, “The most horrifying love story ever!”

From the producer of Scream, Nerdist Presents The Hive turns the contagion genre on its proverbial bleeding ear. The cross-genre thriller starring Gabriel Basso (Kings of Summer, Super 8), Kathryn Prescott (MTV’s Finding Carter, Skins), Jacob Zachar (Greek) and Gabrielle Walsh (Vampire Diaries, Paranormal Activity: The Marked Ones) received raves after its debut at Fantastic Fest in Austin and Nerdist Founder and CEO Chris Hardwick said, “THIS MOVIE IS SO MUCH DAMN FUN. The first time I saw it I was blown away by how fresh and inventive the story was, which is no small feat in horror. I knew right away I wanted to help get this movie into the eyes and earholes of horror fans.”

When Camp Yellow Jacket has fallen into chaos, teen counselor Adam wakes up in a boarded up cabin with no memory of who or where he is. His only clue as to what’s happening are the notes he’s scrawled for himself on the walls and the disturbing physical transformation he must overcome. The only memories he has aren’t his own, yet those memories may be the key to Adam’s survival.

In speaking on the release, prolific horror producer Cary Granat, who made the film with producers Ed Jones, Vincent Seiber, and Jared Mass, said, “We are thrilled to have the Nerdist Presents brand on The Hive. The Nerdist team reminds me so much of the early days of Dimension in that they are aggressive, smart, innovative, in touch with their audience, and focused on creating new rules to marketing.”

Coming to theaters and digital movie platforms this fall, Nerdist Presents The Hive is the next generation of horror film from Director Dave Yarovesky with fast paced scares, biting humor and a wicked soundtrack featuring Steve Aoki.

A conversation with director Dave Yarovesky and the cast.

Director Dave Yarovesky joins Chris and the Nerdist team for their annual panel.

Director Dave Yarovesky and the cast host an intimate panel where fans can get their first look at the film.

Posted by GenreOnline.net at 3:29 PM