Kristen Wiig And Bill Hader Star In The Skeleton Twins Arriving on Blu-ray (plus Digital HD), DVD (plus Digital) and On Demand This December 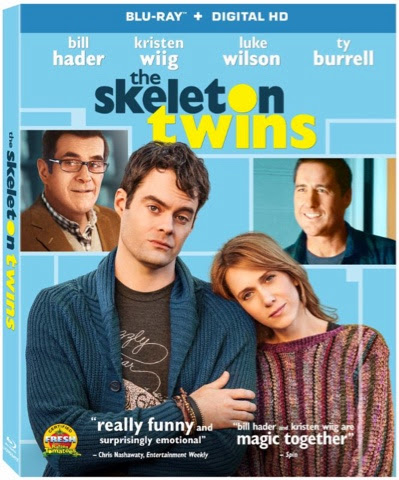 The Skeleton Twins follows Maggie (Wiig) and Milo (Hader), two estranged twins that are reunited after ten years of being apart.  With an irresistible mix of humor and heart and a stellar supporting cast, the film follows their unforgettable journey to reconnect, as they realize that the key to fixing their lives may just lie in repairing their relationship.

The Skeleton Twins Blu-ray™ and DVD special features include comedic outtakes, a gag reel, two audio commentaries, a "making of" featurette, deleted scenes with optional commentary and a supercut of Bill and Kristen's awesome dance moves. The Skeleton Twins Blu-ray™ and DVD will be available for the suggested retail price of $24.99 and $19.98, respectively.