Indiewire Exclusive: Daniel Radcliffe on Ebola, "Horns" and Being Propositioned for Sex by a Fan

The following excerpt and links come from an exclusive interview at: 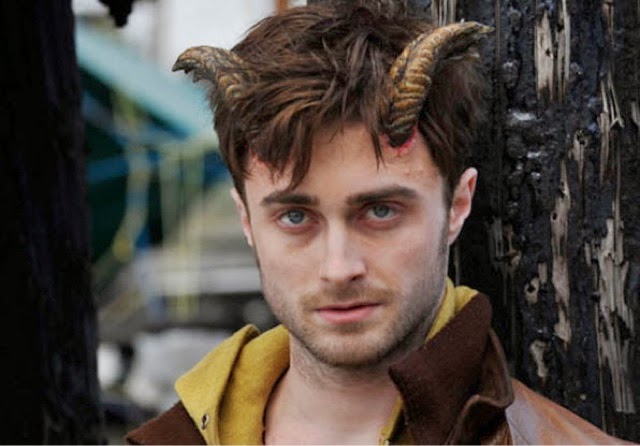 DANIEL RADCLIFFE ON EBOLA, HORNS AND

BEING PROPOSITIONED FOR SEX BY A FAN

Since bidding farewell to the wizard that made him a household name, Daniel Radcliffe has been on a creative roll, appearing in indies that have challenged the actor and made critics see him in a new light.  His performance in Horns (out this Friday) ranks as his most startling yet.  Indiewire Managing Editor Nigel Smith sat down with Radcliffe in New York to discuss his upcoming horror-comedy hybrid adapted from Joe Hill's cult novel and directed by Alexandre Aja (Piranha 3D, High Tension) and slew of other topics.

Below, please find a link to the full interview, as well as a few choice excerpts:

Reason I asked if you're a New Yorker, is 'cause I'm curious what you make of this whole Ebola scare? Do you want to head home?

I'm not scared. I feel like we're lucky to live in a westernized predominantly very wealthy country, which obviously doesn't make us immune to any of those things. But, I'd be worried now if I were living in West Africa. I'm less worried to be in New York.

All the headlines last night were "Man in New York Gets Ebola." But he came from West Africa. He had just been there. It was reported obviously, but it was reported after the initial kind of 'let's just shake you up' news for a second. That's the thing. News is like anything is now. It's just a quest to find separation with your audience from all the other outlets around so any way you can try to get a start on them. I suppose you gotta do what you gotta do.

What's been your most uncomfortable fan interaction?

Well, I had a woman come up to me once with her husband in tow and tell me that her and her husband had one of those arrangements where if you meet this famous person, you can f**k them. She told me that I was on her list. Her husband was also there and I was like, "Hey! Hey fellow! Lovely to meet you darling, but you're not on my list I'm afraid." [Laughs]