Halloween Weekend - The Damned and the Dead Classic Horror Movies 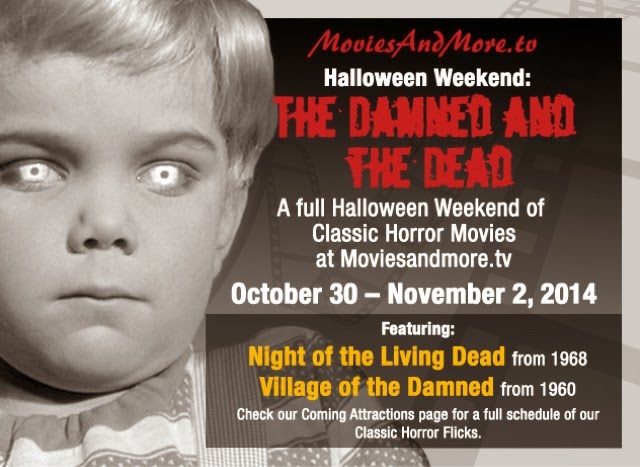 Your costume is ready, the pumpkins are carved and there's a gallon of apple cider in the fridge. Now all you need to make All Hallow's Eve complete is a good horror movie. Fear not - just yet!

With Halloween just around the corner, we've summoned super fright films with enough vampires, zombies and slashers to keep your spine tingling long after your trick or treat candy has gone stale.

Here's just a tempting taste of the sinister experiences that await.

THE CORPSE VANISHES with BELA LUGOSI

A scientist, aided by an old hag and her two brutish sons, kills virgins and extracts gland fluids to keep his ancient wife alive and young.

An eccentric millionaire offers $10,000 to five people who agree to be locked in a large, spooky house overnight with he and his wife.

NIGHT OF THE LIVING DEAD with DUANE JONES

A group of friends, stranded in a strange town, are forced to hide from bloodthirsty zombies on a rampage.

VILLAGE OF THE DAMNED with CHRISTOPHER REEVES

Posted by GenreOnline.net at 1:35 PM