You all knew this parody was coming sooner or later... 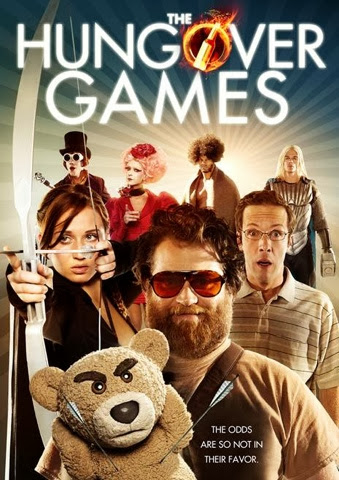 All Media Rights for Comedy The Hungover Games

After celebrating Doug’s upcoming wedding in a cut rate hotel in Laughlin, Nevada, our hungover

party-ers, Bradley, Ed and Zach, wake up in a strange room in an even stranger world… and without their pal, Doug. After meeting the haughty and flighty Effing and the gruff, alcoholic Justmitch, our trio puts the pieces together and realizes that they are on a train car headed to The Hungover Games. But instead of the twelve districts of The Hunger Games, our guys have to go toe to toe against various Pop Culture Districts, including The Superhero District, The Middle Earth District, the Puppet District, and the Johnny Depp District.

View the trailer for The Hungover Games.

The Hungover Games has not yet been rated by the Motion Pictures Association of America (MPAA).

Posted by GenreOnline.net at 10:01 AM