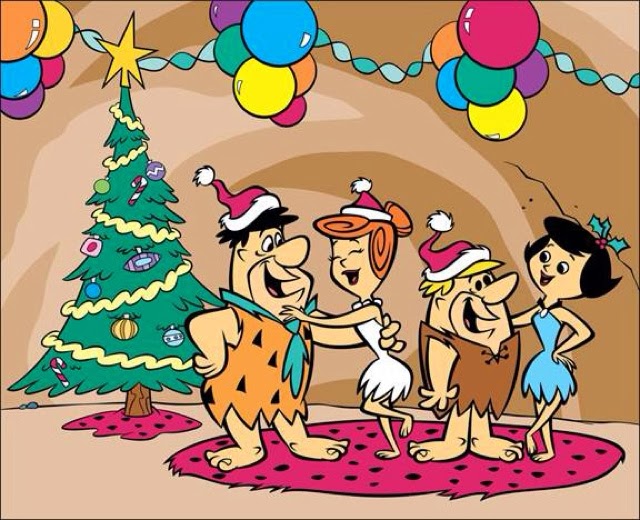 Ring in some holiday cheer this year with Boomerang, Cartoon Network’s 24-hour all-cartoon-classics network, as it presents a month-long CHRISTMAS PARTY of beloved seasonal favorites for the entire family. With over 90 hours of holiday programming, including a 30-hour marathon starting at 6:30 am (ET) on Christmas Eve, the celebration will continue with a bonus Scooby-Doo marathon airing all day on New Year’s Day.

Spotlighted guests of this onscreen television party, from Tom & Jerry to Papa Smurf to The Powerpuff Girls, span nearly four decades of cartoon history from the late 1960s through the early 2000s. The Boomerang CHRISTMAS PARTY will celebrate not only how favorite animated families like the Flintstones and the Jetsons ring in the holidays, but will also feature Emmy-nominated one-of-a-kind specials like The Town That Santa Forgot. The month-long CHRISTMAS PARTY marathon will wrap up the holiday celebration, beginning on December 24 with Cabbage Patch Kids Christmas Special starting at 6:30 am(ET). Other much-loved specials will include A Scooby Doo Christmas Carol at 8:30 am (ET) and Yogi Bear’s All Star Comedy Christmas Caper, beginning on December 25 at 9:00 am(ET).

“Boomerang’s CHRISTMAS PARTY takes us back to a time when families would gather around the television for their annual favorites,” said Stacy Isenhower, senior vice president of programming and scheduling for Boomerang and Cartoon Network. “The season truly is about family and togetherness, and our programming helps honor that tradition.”

To launch the New Year’s celebration a week later, Boomerang will include an all-day Scooby-Doo marathon, beginning Jan. 1 at 6:00 am (ET). Cartoon fans can ring in 2014 with some of the best-beloved, spine-tingling Scooby-Doo classics, including Scooby and Scrappy and Yabba-Doo, The 13 Ghosts of Scooby Doo, and movie specials such as Scooby Doo and the Reluctant Werewolf and Scooby Doo and the Ghoul School.

·         A Jetson’s Christmas Carol (1985), Friday, Dec. 20, 8:30 a.m. (ET): Mr. Spacely forces George Jetson to work late on Christmas Eve, while the family wonders what has happened to him. Later that night, Mr. Spacely is visited by his old partner, Jacob Marlesy, who tells him of three spirits that will visit him-and they do!-showing Mr. Spacely that his future is doomed unless he changes his ways.

·         Tis the Season to be Smurfy (1987) Sunday, Dec. 15, 7:30 a.m. (ET): A holiday special based on the Emmy Award-winning Saturday-morning series, "Smurfs." In the program, the Smurfs discover the wonder of Christmas, and the holiday spirit of giving and sharing.

·         The Powerpuff Girls: ‘Twas the Fight Before Christmas (2003), Thursday, Dec. 19, 8 a.m. (ET): There's a new Powerpuff Girl in town...or so she would have you think! Her fiendishly foul plot: to trick Santa into turning her into the fourth Powerpuff Girl! (And, in the process, make him believe the Powerpuffs have been very, very naughty!) Now, Bubbles, Blossom and Buttercup must explode into a Yuletide tornado of bad-girl-thwarting action to put Princess in her place—and keep Christmas from disappearing forever!