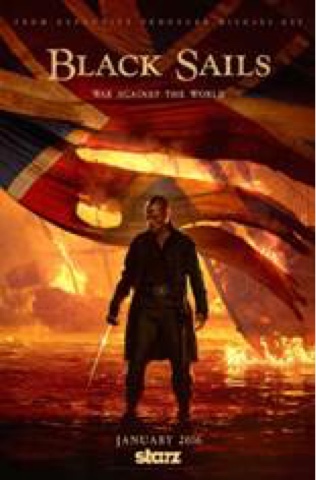 STARZ SETS SAIL WITH THE THIRD SEASON OF “BLACK SAILS”

Beverly Hills, Calif. – November 3, 2015 – STARZ today announced the premiere date for the highly anticipated third season of its Emmy®-award winning Original series “Black Sails,” returning Saturday, January 23rd, 2016 at 9pm ET/PT.  Season three opens in the wake of the destruction of Charles Town, where the world lives in fear of Captain Flint. When his campaign of terror crosses over into madness, it falls to John Silver to locate the man within the monster.  Meanwhile, with Eleanor Guthrie gone, Jack Rackham and Captain Charles Vane struggle to secure Nassau for the ages. 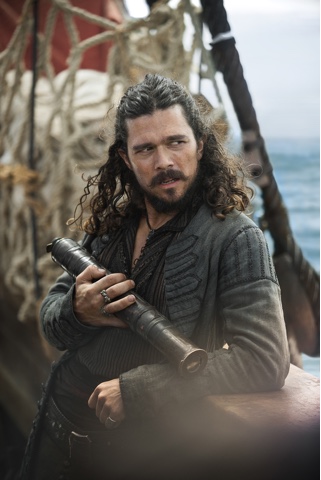 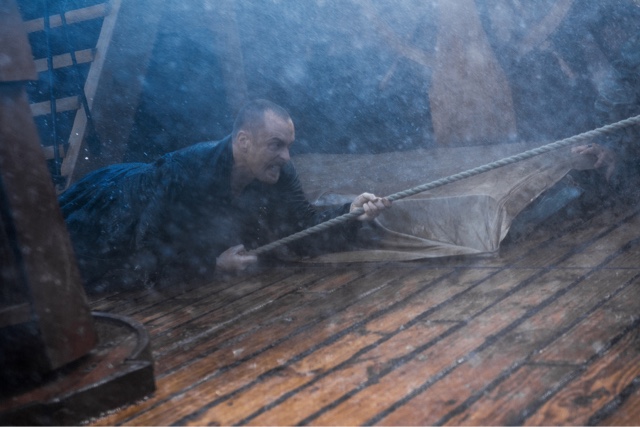 The ten-episode third season of the authentic high seas drama follows the most feared pirate of the day, Captain Flint (Toby Stephens), and takes place twenty years prior to Robert Louis Stevenson’s classic “Treasure Island.” Ray Stevenson (‘Rome,” Insurgent,Divergent) joins the cast as the iconic pirate ‘Blackbeard,’ and Luke Roberts (“Wolf Hall,” Pirates of the Caribbean: On Stranger Tides”) joins as historic figure ‘Woodes Rogers.’  In season three, all are tested when a new threat arrives in Nassau, one the pirates could never have anticipated.  It knows them.  It understands them.  And in the blink of an eye, it will turn them against each other. 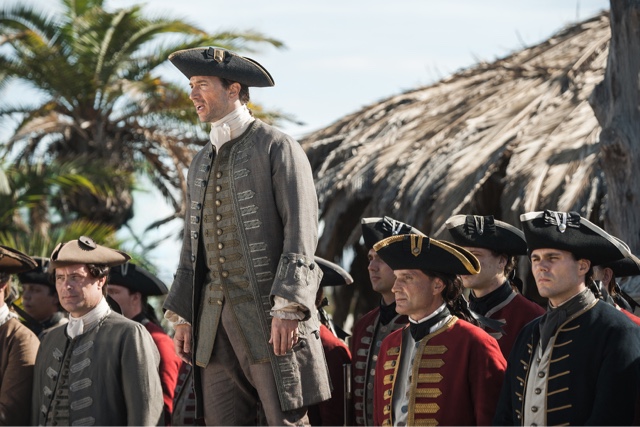 The first two seasons of “Black Sails” averaged 4.5 million multi-platform viewers per episode* and the series is distributed in over 175 countries and territories worldwide.  “Black Sails” won two Emmy® Awards in 2014, for Outstanding Special and Visual Effects in a Supporting Role, and Outstanding Sound Editing.

“Black Sails” stars Toby Stephens as the brilliant and unstoppable ‘Captain Flint.’Stephens is an accomplished film, television and stage actor, who will appear in the feature film 13 Hours: The Secret Soldiers of Benghazi directed by Michael Bay slated for release January 15, 2016, and is well-known for his role in Die Another Day. He starred in BBC’s “Vexed” and on stage in “Noel Coward’s Private Lives,” and his many film credits include Believe and Twelfth Night. London-born Hannah New, who portrays ‘Eleanor Guthrie,’ starred in the miniseries, "El Tiempo Entre Costuras (The Time Between Seams)" and most recently in 2014’s Maleficent.  Luke Arnold, who portrays the classic character, ‘John Silver’ in the years before his well-known feats, has appeared in “McLeod's Daughters,” “Rush,” and most recently starred in the miniseries “INXS: The Michael Hutchence Story.”  Jessica Parker Kennedy, who plays ‘Max’ a former prostitute with an eye towards advancement, is known for her work in the television series, “The Secret Circle,” and has appeared in the films50/50 and In Time.  British actor Tom Hopper , who portrays ‘Billy Bones’ of “Treasure Island” fame, is most well-known for his role as ‘Sir Percival’ in “Merlin” and has recently appeared inNorthmen – A Viking Saga. Zach McGowan is featured as ‘Captain Charles Vane,’ a rival pirate to Captain Flint.  McGowan is most well-known for his role in the series “Shameless” and appeared last year in the feature filmDracula Untold.

Posted by GenreOnline.net at 10:42 AM