Still beloved 30 years after its original release,BOOMERANG arrives for the first time ever on Blu-ray June 28, 2022 from Paramount Home Entertainment. 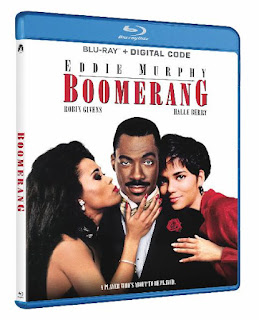 The BOOMERANG Blu-ray includes access to a digital copy of the film, as well as the following legacy bonus content:

Marcus Graham (Murphy) may be a success in his industry, but he’s also an insatiable womanizer who’s completely unprepared for his new boss, Jacqueline (Robin Givens), a female version of Marcus in terms of all things romantic.

Posted by GenreOnline.net at 1:51 PM