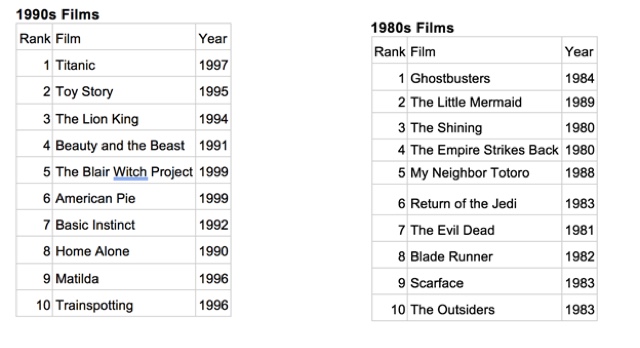 As we approach Labor Day weekend, one of the biggest home entertainment and movie going weekends of the year, YouTube wanted to take a look at how reboots and sequels drive interest and popularity in the original films. We’ve uncovered some pretty interesting consumer viewing trends when it comes to movie trailers and how new reboots impact views of original trailers.

See below for some of the data highlights – if you have any specific questions, let me know and I can work with Google/YouTube on pulling anything extra you might need or find particularly interesting.