Arrow Video US - May 2017 Release Schedule 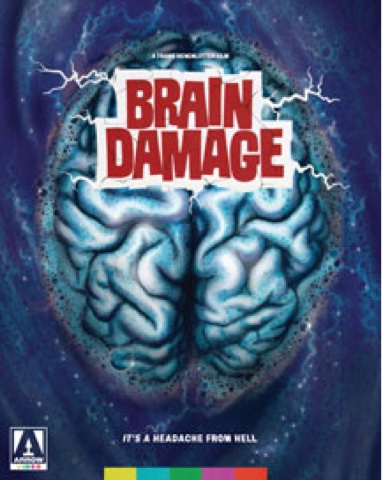 IT'S A HEADACHE FROM HELL! From Frank Henenlotter, the man behind such cult horror favourites as Basket Case and Frankenhooker, comes Brain Damage - the ultimate head-trip, now finally on Blu-ray! Meet Elmer. He's your local, friendly parasite with the ability to induce euphoric hallucinations in his hosts. But these LSD-like trips come with a hefty price tag. When young Brian comes under Elmer's addictive spell, it's not long before he finds himself scouring the city streets in search of his parasite's preferred food source - brains! Featuring late TV horror host John Zacherley as the voice of Elmer, Brain Damage boasts some of the most astonishing bad taste gore-gags ever realized, including the notorious "brain-pulling sequence" and a blow-job that ends with a distinctly unconventional climax.