THE MENTALIST: THE COMPLETE SEVENTH AND FINAL SEASON on DVD April 28, 2015

THE COMPLETE SEVENTH AND FINAL SEASON 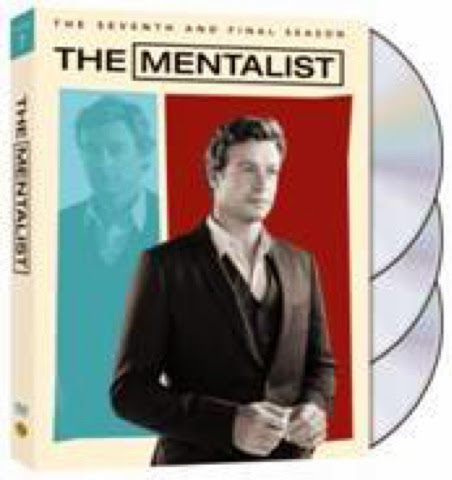 BURBANK, CA (February 9, 2015) - Emmy® and Golden Globe nominee Simon Baker is back for the seventh and final season of the clever crime series The Mentalist, which will be released on DVD April 28, from Warner Bros. Home Entertainment Group. The DVD release includes all 13 one-hour episodes from the seventh season, plus an all-new never-before-seen featurette. The Mentalist: The Complete Seventh And Final Season is priced to own at $39.98 SRP.

The FBI’s masterfully manipulative criminal consultant Patrick Jane is back at it again. Formerly employed by the California Bureau of Investigation (CBI), Jane spent two years off the grid and in exile after tracking down and exacting vengeance upon Red John, the serial killer who murdered Jane’s wife and daughter.  After crafting a deal to work for the FBI, Jane convinced former CBI agent Teresa Lisbon to join him.  Supervised by the no-nonsense Agent Dennis Abbott, Jane and Lisbon work alongside their former CBI comrade Kimball Cho, FBI analyst Jason Wylie and the young, ambitious agent Michelle Vega.  Now that Lisbon and Jane have confessed their love for one another, they must find a way to be partners in both their professional and personal lives as they begin their new relationship.

Patrick Jane: An Uncommon Man - In homage to the beloved series, Patrick Jane's journey of

redemption, from revenge to romance, is chronicled by the extraordinary people and circumstances that caused two diametrically opposite personalities – a Carnie and a Cop -- to fall in love.

Posted by GenreOnline.net at 9:07 PM