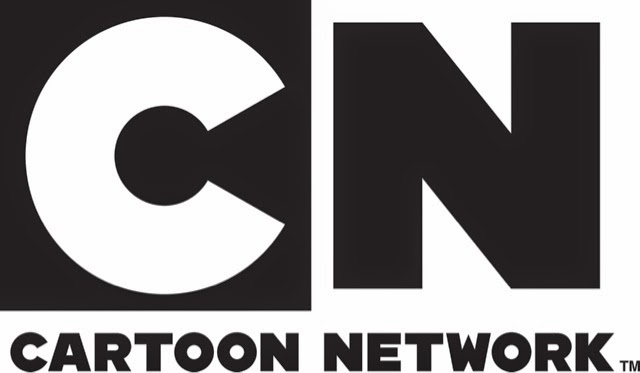 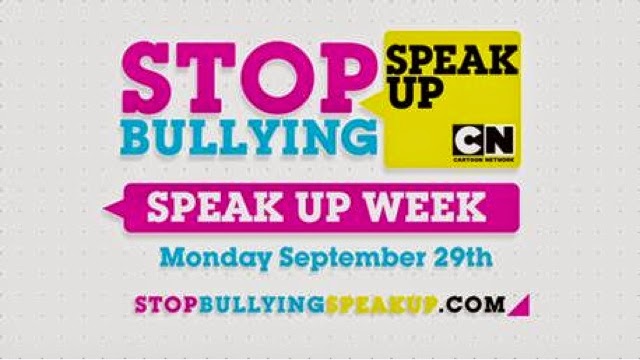 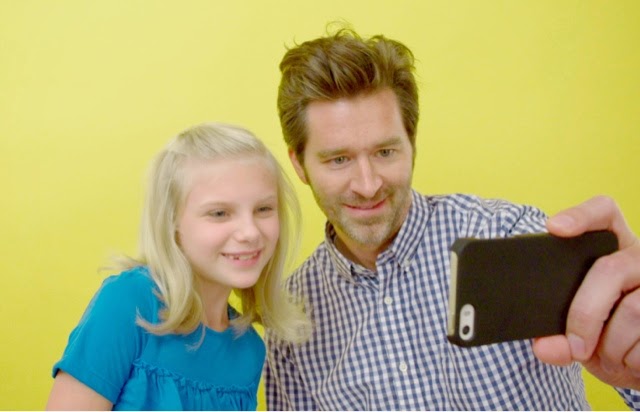 to Kick off its Fifth Annual Stop Bullying: Speak Up Initiative

SPEAK UP WEEK (Sept. 29-Oct. 3) Multi-Platform Campaign to Include

As bullying continues to affect millions of kids nationwide, Cartoon Network is kicking off its annual Stop Bullying: Speak Upcampaign with a video call-to-action encouraging people to speak up on behalf of kids who need help. With a goal of attaining the combined voice of one million user-generated videos, the network is giving people the opportunity to say to the world, “I Speak Up.” By proclaiming those three words into a mobile device and sharing the video atwww.StopBullyingSpeakUp.com as well as their own social media platforms using the hashtag #ISpeakUp, participants are vowing to say something if they witness bullying.

The initiative, which first launched in 2010, will culminate during CARTOON NETWORK’S SPEAK UP WEEK September 29 through October 3, as a kick-off to National Bullying Prevention Month in October. The goal for this year is simple: To collect one million user-generated videos that unite the voices of kids, parents, educators, celebrities and government officials, each committing to speak up—either themselves or to a trusted adult—when someone is bullied.

Select videos from participants will become part of new campaign spots to appear on Cartoon Network, its digital platforms and Boomerang throughout October. Cartoon Network’s partnering organizations—including Boys and Girls Clubs of America (BGCA), 4-H Clubs, the Anti-Defamation League (ADL), the American Federation of Teachers (AFT) and the Federal Partners in Bullying Prevention—also will be reaching out to their targeted audiences and communities to help reach the one million videos goal. Through these combined efforts toward a united cause, Stop Bullying: Speak Up underscores that speaking up is one of the most effective ways to help bring a bullying situation to an end.

“We’re so proud of the youth who inspired this campaign by their courage and kindness. Our goal is to give young people, and the adults who care for them, the confidence and competence to speak up safely and effectively when bullying happens,” said Alice Cahn, Cartoon Network vice president of social responsibility. “Working with expert partners nationwide, Cartoon Network provides practical bullying prevention advice kids can put into action. This new phase of our campaign is meant to empower anyone who wants to take an active role in seeing bullying come to an end. We embrace and thank the one million people out there willing to publicly take a stand; coming together, we can all make a difference for our nation’s children.”

During CARTOON NETWORK’S SPEAK UP WEEK, in addition to the videos, Cartoon Network will air shorts, bumps and PSAs with anti-bullying themes featuring the overlying message that “speaking up” should become the action when bullying occurs. Each message will remind viewers to visitStopBullyingSpeakUp.com to learn how they can participate in the one million video challenge. Additional spots will feature animated characters from Cartoon Network’s original series interacting with kids and families who have shared their “I Speak Up” message atStopBullyingSpeakUp.com. Furthermore, Cartoon Network, Boomerang and Turner Broadcasting sister networks TBS, TNT, CNN, HLN, NBA TV and TruTV will air special bumps showcasing recorded messages from Turner celebrities encouraging even more viewer participation. Finally, an official “I Speak Up” tally will appear onscreen each day noting how many people have officially “spoken up” by submitting videos and/or pledges during within the campaign.

For anyone interested in sharing their own “I Speak Up” video, easy instructions are readily available atwww.StopBullyingSpeakUp.com, along with recommendations for optimum video results. All participants will be asked to sign a digital release form to clear use of the video for all on-air, online and/or social media opportunities. Users under the age of 18 will be encouraged to ask a parent for permission and for help in submitting a video. Those that participate are also encouraged to use the hashtag #ISpeakUp to share videos via their own social media platforms to help spread the word and enlist friends to take part in the challenge

Posted by GenreOnline.net at 8:51 PM