The First Wives Club Debuts On Blu-ray On June 28th 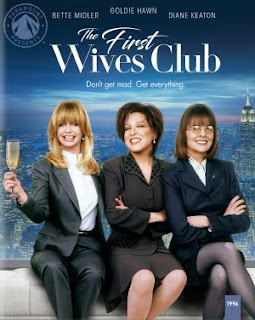 The hilarious comedy THE FIRST WIVES CLUBarrives on Blu-ray™ for the first time ever as part of the Paramount Presents line on June 28, 2022 from Paramount Home Entertainment!

Starring Bette Midler, Goldie Hawn, and Diane Keaton, the uproarious revenge comedy has been remastered from a 4K film transfer for this new release.  The Paramount Presents Blu-ray includes collectible packaging with a foldout image of the film’s original theatrical poster, as well as a new Filmmaker Focus with screenwriter Robert Harling.

Loaded with snappy one-liners, great physical gags, and a healthy dose of satire, THE FIRST WIVES CLUB tells the story of three Manhattanites with more than a longtime friendship in common—they’ve all been dumped by their husbands for newer, curvier models.  Determined to turn their pain into gain, justice isn’t about getting mad, it’s about getting everything.