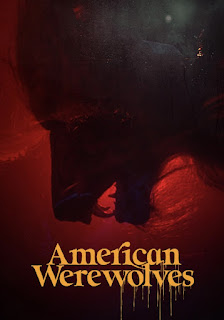 There are many legends in the world we kind of take for granted. Ghosts, aliens, crypto zoological creatures and more. What I never heard about until a few days ago is the cases of werewolf or dog men sightings in the Midwest. American Werewolves looks into cases of people who claim to have seen these creatures and indulges in conspiracy theories like the coverup by the National Parks and Law Enforcement because according to some witnesses, they don’t want to lose money from tourists visiting these parks if it became public knowledge that people were being stalked and killed by hybrid dog men possibly from another dimension.

It sounds a bit laughable, but it is just crazy enough to be true. The problem is pop culture is full of things like this or similar and the exposure to the amount of media we are today is that inevitably it penetrates the subconscious mind and thus what could be considered myth, suddenly becomes for some a reality. Just look back at the meta advertising and documentaries used to promote The Blair Witch Project and remember how many people thought the legend was real?

So I found it hard to suspend my disbelief without feeling skeptical mainly because the filmmakers employed some tricks to give this documentary the appearance that it was broadcast in syndication in the 1990s. Fake film imperfections and what appeared to be analog video noise detract from the experience because we are living in the time of digital phones that are superior and more functional than anything that existed years ago and nearly everyone has one.

In New York City, the last pay phone was removed and put into a museum recently. This means that cell phones have made pay phones obsolete in big cities and just like the internet, cell phones are a necessity now and no longer a luxury. So why would anyone purposely shoot an entire documentary where the attempts to make it look vintage detract from the authenticity of the premise. What worked thirty years ago won’t work today without modification. Even the (1.33:1) presentation makes this documentary feel far fetched.

So who is this for? There was one or two people that seemed genuine. The idea that the witnesses may be manifesting these visions and allowing what is suggested to be interdimensional beings to crossover is intriguing, but it is a theory ufologist like Jacques Vallee have proposed since the 1970s and he was one of the consultants on Close Encounters of the Third Kind. Spielberg even cast Francois Truffaut to play a character inspired by Vallee. This brings to mind what I brought up earlier. The possibility that ideas pass on and germinate from one person to the next like a cold and what may seem real or original, could be the result of influence from the environment and that is why without living indisputable proof, at best one can view this documentary as something fun when you are in the mood to indulge in a scary story or have a curiosity or desire to spook yourself from going into the woods ever again.

In these times do we really need something else to worry about? American Werewolves debuts on major streaming platforms on July 5th, from 1091 Pictures, including iTunes, Amazon Prime Video, Vudu and FandangoNOW.

Posted by GenreOnline.net at 6:48 AM