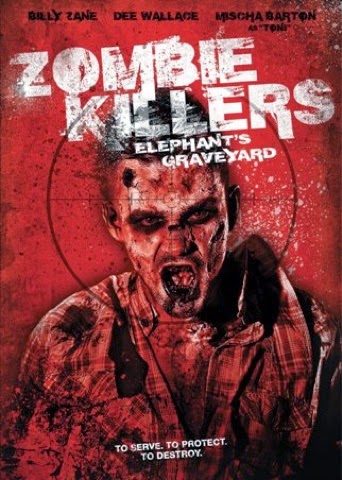 WHAT:                Join screen legend Dee (E.T. The ExtraTerrestrial, The Howling), as she leads a special event screening of his new thriller ZOMBIE KILLERS: ELEPHANT’S GRAVEYARD at the Sands Bethlehem Event Center. In addition to introducing the film, Dee will participate in a Q&A after the screening, moderated by director B. Harrison Smith with fellow cast mates Felissa (Sleepaway Camp) Rose, ZeroGravityBand lead Michael Kean (making his feature debut) and crew members.

In addition, the Sands Bethlehem Event Center will become a “playground for the dead,” complete with zombie bartenders, aerialists and a really Red Carpet!

For more information, check out:

a fallen world that’s provocative as it is chilling. Directed by B. Harrison Smith, the film boasts a stellar genre cast

infected humans don’t die, instead they roam to spread the infection in a grisly, horrific way. Those who escape