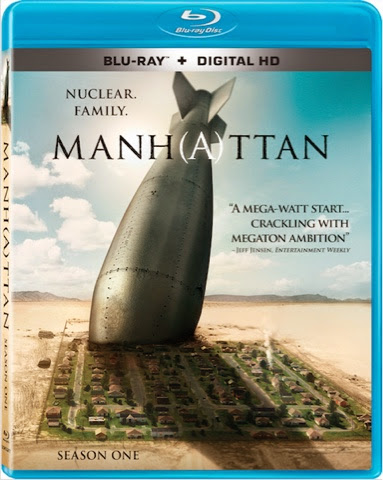 Set against the backdrop of the mission to build the world's first atomic bomb, Manhattan follows the brilliant but flawed scientists and their families as they attempt to coexist in a world where secrets and lies infiltrate every aspect of their lives.

Blu-ray and DVD bonus materials go behind-the-scenes of the set, fashion, history and "making of" Manhattan with multiple featurettes and also include select episode audio commentaries with the cast and crew.  All 13 episodes of Manhattan: Season One, will be available as a 3-disc Blu-ray and 4-disc DVD set for the suggested retail price of $49.97 and $49.98, respectively.