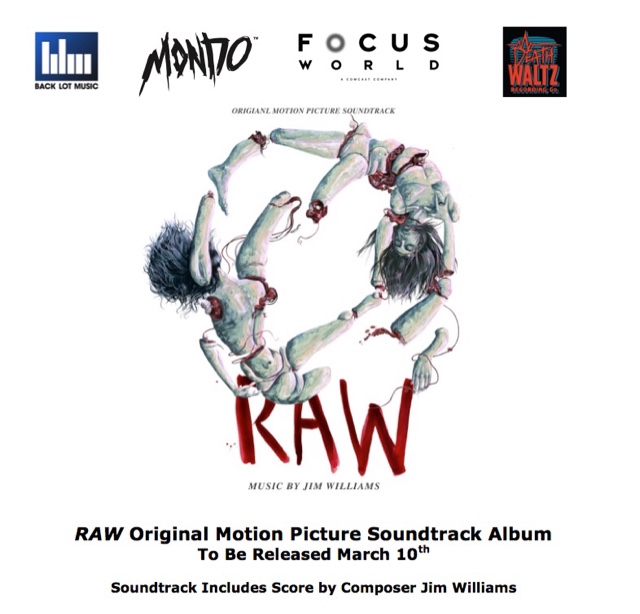 British composer Jim Williams has worked with hundreds of artists as diverse as Mark Anthony, Pete Murphy, Maxi Priest and M- People, and has had long-term production and writing partnerships with the creators of multi-platinum selling albums by Natalie Imbruglia, Pixie Lott, Avril Lavigne and Britney Spears. Williams has since made his mark as a composer for many television series including BBC’s Hotel Babylon, for which he received an Ivor Novello Award nomination for his score. Williams has also scored featured films, most notably for award-winning director Ben Wheatley.

Everyone in Justine’s (Garance Marillier) family is a vet. And a vegetarian. At sixteen, she’s a brilliant student starting out at veterinary school where she experiences a decadent, merciless and dangerously seductive world. Desperate to fit in, she strays from her family principles and eats RAW meat for the first time. Justine will soon face the terrible and unexpected consequences as her true self begins to emerge...

4.) Specimen Jars in the Dark