From Prolific Writer And Director Kevin Smith, Tusk, Arrives on Blu-ray and DVD on December 30 from Lionsgate Home Entertainment 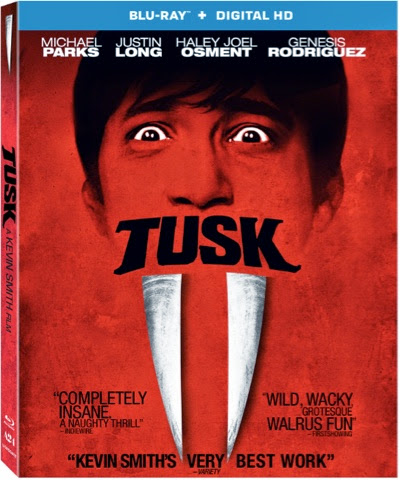 A podcaster (Long) looking for a juicy story is plunged into an unpredictable, unsettling and absurd nightmare after he travels to the backwoods of Canada to meet an eccentric recluse (Parks) with a lifetime of adventures-and a disturbing fondness for walruses.

Rating: R for some disturbing violence/gore, language and sexual content

Posted by GenreOnline.net at 9:55 AM