Aqua Teen Forever: Plantasm Get on the Case November 8, 2022 With The Release on Digital, 4K Ultra HD™ & Blu-ray™ 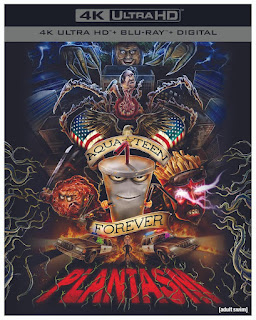 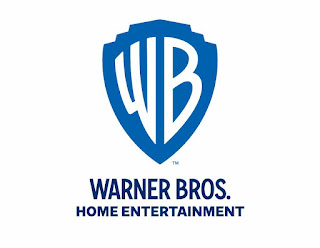 Everyone’s Favorite Fast-Food Trio Is Back

With An All-New Original Movie

With The Release on Digital, 4K Ultra HD™ & Blu-ray™

BURBANK, CA (August 6, 2022) It was announced today at the Adult Swim Festival by Aqua Teen Hunger Forcecreators Dave Willis and Matt Maiellaro that an all-new mystery-adventure with Master Shake, Frylock, and Meatwad is on the way! The all-new original movie titled Aqua Teen Forever: Plantasm is coming to Digital, 4K Ultra HD & Blu-ray on November 8, 2022from Warner Bros. Home Entertainment. This is the second film adaptation inspired from one of Adult Swim’s longest running animated series – Aqua Teen Hunger Force. Aqua Teen Forever: Plantasm is priced to own on 4K Ultra HD Blu-ray Combo Pack (USA $39.99 SRP; Canada $44.98 SRP) and Blu-ray (USA $29.98 SRP; Canada $39.99 SRP) as well as on Digital. Preorders will be available on August 7, 2022.

Aqua Teen Forever: Plantasm will also be available on Movies Anywhere. Using the free Movies Anywhere app and website, consumers can access all their eligible movies by connecting their Movies Anywhere account with their participating digital retailer accounts.

“Maiellaro and I are excited to finally bring book IIV of the Aqua Teen Plantasm series to the big screen that is little and inside your house. It’s funny and entertaining and it has colorful drawings that move about in a rapid fashion, but not so rapid as to cause seizures,” said Aqua Teen Hunger Force co-creator and executive producer Dave Willis. “Luxuriate your eyes in our updated animation! Revel in the mature themes and coherent storytelling! This is not your grandad’s Aqua Teen! Also, this movie has no superheroes in it. That is the Aqua Teen Hunger Force guarantee: no superheroes! No star war stuff either. If you’re looking for a star war or a yoda, this is probably not the movie for you. Do you doubt me? Watch the movie. And if you don’t like it, you have no taste and your “hot take" is not one to be trusted. I just trolled you, son. Now tweet @adultswim with your pointless rage. Bring the thunder!”

Posted by GenreOnline.net at 5:44 PM