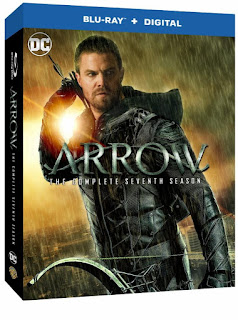 Among DC’s flagship shows that you do not need a cable, satellite or even an online streaming service subscription to enjoy are the trinity that are Supergirl, The Flash and Arrow. Warner Brothers needs to be commended for keeping the quality of these shows up in terms of storytelling, being faithful to the comics that inspired them and the production value, which is unparalleled on free over the air American television. These shows have a cinematic feel to them that the Marvel free over the air broadcast shows like Agent Carter and especially Agents of Shield lacked and that is the reason why on TV, these DC shows are still airing first run episodes while ironically enough Marvel’s bastard TV stepchildren like Daredevil, Jessica Jones and Luke Cage were unceremoniously cancelled by Netflix so the house of the mouse could squeeze a few more dollars with a bunch of new MCU connected shows no one asked for and I think will ultimately pale in comparison to the Netflix and the current DC Universe TV shows lest we forget the popular programs like Doom Patrol that already have aired a first season to universal acclaim.

As a cord cutter since 2009, I depend upon my over the air antenna and DVR and online streaming service to watch television outside of physical optical media and I hope Warner Brothers continues to develop first run DC Comics inspired adaptations to free over the air American television because I do not network prime time TV to fall into the cesspool of endless talk shows, court shows, news magazine and gossip shows that dominate the daytime airwaves outside of mind numbing soap operas. Please keep the drama coming Warner Brothers and DC and thank you for all you have given us.

Now all three Arrowverse programs are very much an ecosystem of graphic novel goodness that provides the opportunity for crossover events unlike anything broadcast before. So while these shows are sold separately on Blu-ray Disc, I feel strongly that they benefit from a combined review over individual reviews because while one does not have to purchase any of them in order to keep up with their favorite heroes and all three feature the DC Crossover Event Elseworlds within the sets, DC and Arrowverse fans will want all three, which are available though sold separately at retailers on and offline courtesy of Warner Brothers Home Entertainment. 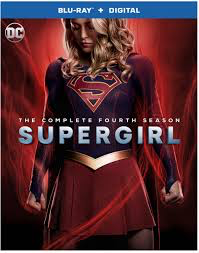 Supergirl: The Complete Fourth Season pits the caped crusader against a heightened wave of anti-alien sentiment in Central City fermented by Agent Liberty in a story arc that gives obvious metaphors for the divided political climate spurned on both an aggressive populist movement in the United States as well as a fanatical Ultra-progressive liberal movement that is intolerant of anyone, however open minded that questions their narratives. If only people we would see that we don’t need superheroes to get along, we just need compassion and understanding.

All twenty two episodes are included on the DVD and Blu-ray Editions, but the the crossover episodes are only included optically on Blu-ray. Extra value features include best of segments from the 2018 Supergirl Comic-Con panel in San Diego, an Inside look at the crossover Elseworlds, a Modes of Persuasion Villains profile, deleted scenes and a gag reel too. 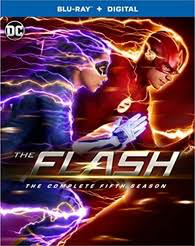 In The Flash: The Complete Fifth Season, Barry Allen/The Flash and his wife are shocked to meet their speedster daughter from the future as the family faces the villainous Cicada. The Flash is The CW’s highest rated television series and personally I prefer this incarnation of The Flash to the one we got to meet in Justice League. The TV version looks more comic accurate to me or at least how I imagine The Flash should look when I think about the character. Like Supergirl: The Complete Fourth Season On Blu-ray Disc, the crossover episodes are only on the Blu-ray while both the DVD and BD sets include all twenty-two episodes. Extra value features include a best of The Flash at SDCC 2018 clip compilation as well as the Modes of Persuasion and Elseworlds featurettes and look into the evolution of Killer Frost on top of the expected deleted scenes and gag reel from the fifth season.

Next we have Arrow: The Complete Seventh Season On Blu-ray Disc Set that features the Elseworlds crossover episodes exclusively on BD while including the twenty-two seventh season episodes on both DVD and BD too. Having revealed his identity as Green Arrow to the FBI, five months have passed and Oliver Queen has had to depend upon the rest of his crime fighting team in Star City to keep the peace in the face of a crime wave the likes that with or without Arrow himself, no one has ever had to face.

Extra value features include both the Elseworlds and Modes of Persuasion shorts the SDCC compilation and deleted scenes as well as a gag reel. All three DC TV shows are presented in unparalleled quality on Blu-ray Disc in the 16 By 9 broadcast aspect ratio and features English DTS-HD MA 5.1 Surround Sound as well as English Subtitles for the Deaf and Hearing Impaired encoded as an option.  All include an insert with their respective season episode information and a limited time only redeemable code for a Digital Copy for the individual program seasons featuring the character they are packaged with.

The three shows can also be purchased digitally on various online retailer platforms and separately on DVD as well, but not with all the bonus content included on the Blu-ray releases. Supergirl: The Complete Fourth Season, The Flash: The Complete Fifth Season and Arrow: The Complete Seventh Season are available now, but sold separately at retailers on and offline courtesy of Warner Brothers Home Entertainment.


All Rights Reserved.
Posted by GenreOnline.net at 10:55 AM