FOX CELEBRATES THE X-FILES WITH BARBIE. 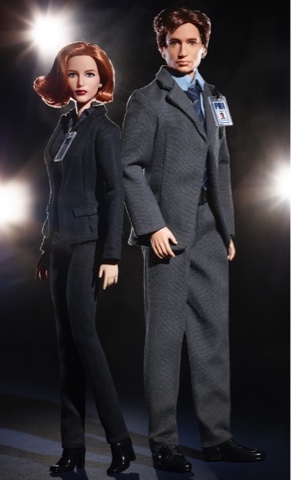 Fox Consumer Products is celebrating the 25th anniversary of the hit cult-classic series “The X-Files” this year!To commemorate the milestone anniversary, Fox partnered with Mattel to create iconic Scully and Mulder Barbie® dolls! Available starting today on Amazon.com and on the Barbie.com, THE X-FILES Barbie® dolls celebrate the influential series that went from breakout sci-fi favorite to massive global hit, becoming one of the most successful television dramas of all time.

Additionally, Fox has created an exclusive line of “X-Files” merchandise, collaborated with additional licensees for a wide range of must-have products, and developed “The Truth is Out There Trivia Contest,” so the ultimate “X-Files” fans can have the chance to win prize packs via Shop.Fox!