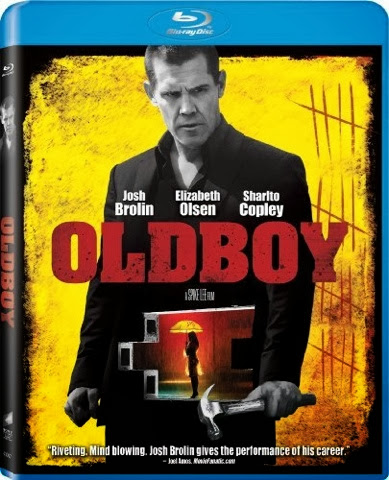 CULVER CITY, CALIF. (Jan. 22, 2014) –Academy Award® nominee Josh Brolin (Best Supporting Actor, Milk, 2008) stars as a troubled advertising executive who finds himself kidnapped and held in an inescapable room in the thriller OLDBOY, available on Blu-ray™, DVD and Digital HD UltraViolet™ March 4 from Sony Pictures Home Entertainment. In this gritty tale of vengeance from critically-acclaimed director Spike Lee (Inside Man), Joe Doucette (Josh Brolin) is abruptly kidnapped and framed for the murder of his wife. After being held hostage in solitary confinement for 20 years, Doucette is released without explanation and struggles to reacclimate himself until he crosses paths with a caring social worker (Elizabeth Olsen) and sets out on an obsessive mission to find out who imprisoned him. He soon realizes that the real mystery is why he was set free. The cast also includes Sharlto Copley (Elysium), Michael Imperioli (The Call), JamesRansone (Red Hook Summer) and Pom Klementieff (Sleepless Nights).

Fans can explore the making of the film in two behind-the-scenes featurettes on the Blu-ray and DVD, including “The Making of Oldboy,” detailing the fight choreography in the film, and “Transformation,” taking fans on an in-depth exploration of Doucette’s character. The Blu-ray exclusively features alternate and extended scenes, a short promo spot including clips from the workout video in the film, and “Talking Heads,” an additional featurette providing overview of the OLDBOY story line.

OLDBOY is a provocative, visceral thriller that follows the story of Joe Doucette, a man who is abruptly kidnapped and held hostage for 20 years in solitary confinement, for no apparent reason. When he is suddenly released without explanation, he begins an obsessive mission to find out who imprisoned him, only to discover that the real mystery is why he was set free. The remake of the cult classic 2003 Korean film of the same name is directed by Spike Lee from a screenplay by Mark Protosevich. The film was produced by Roy Lee, Doug Davison and Nathan Kahane, with Joe Drake, John Powers Middleton and Peter Schlessel serving as executive producers.

OLDBOY has a run time of approximately 104 minutes and is rated R for strong brutal violence, disturbing images, some graphic sexuality, nudity and language