“This book puts you directly behind the scenes for a story that began with a dream, overcame constant challenges, and evolved into the institution it is today.”

“Documented here by the people who lived it, this is a remarkable tale of how a major institution, created out of whole cloth, wove itself into the American fabric.”

—Cokie Roberts, author and political commentator for ABC and NPR

of the American Film Institute 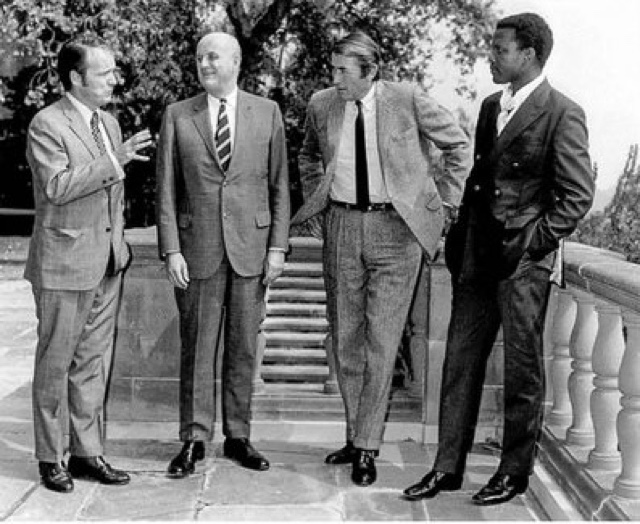 In their new book, Becoming AFI: 50 Years Inside the American Film Institute (Santa Monica Press/October 2017), Jean Picker Firstenberg and James Hindman provide a candid look at how this remarkable organization brought together aspiring filmmakers, educators, and artists who helped AFI become the foremost national champion for moving images as a vibrant art form.

From its early years operating out of the Kennedy Center in Washington, DC, and the legendary Greystone mansion in Beverly Hills under the leadership of George Stevens Jr., through its incredible growth into an influential cultural

institution at its landmark Hollywood campus under the guidance of Jean Picker Firstenberg, to its continued excellence today under the dynamic leadership of Bob Gazzale, the organization and its history are chronicled in Becoming AFI through in-depth essays written by those who have been involved in its adventures, growth, and success. 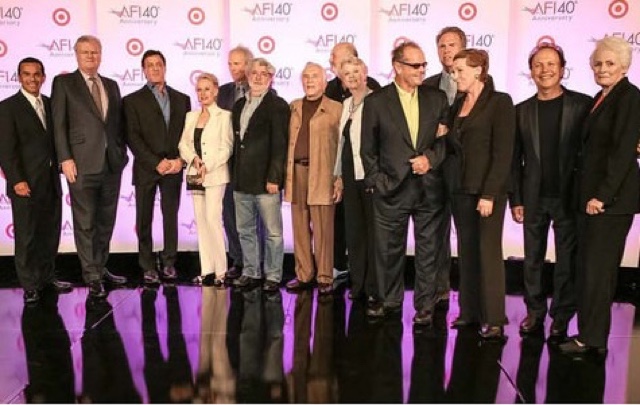 After being asked so many times what our book would be about, we decided to put together AFI’s history as we experienced it personally,” explain Firstenberg and Hindman. “As we structured the book with the stories we wanted to tell from those years, we realized that some of those stories really belonged to other voices. So, we went to several former colleagues and asked them to join our band. Each chapter tells a stand-alone story about an aspect of AFI, but together, they add up to the full picture.”

Becoming AFI provides an insightful, behind-the-scenes look at how AFI, with passionate determination, overcame the hurdles of advancing technology, political shifts, and new audience dynamics to turn its aspirations into a substantial and highly successful organization, becoming a tireless advocate of moving images as one of America’s most popular forms of art, and maturing into one of the world’s most respected educational and cultural institutions.

“No matter how divisive life in this country may become, the movie theater

has always been a place where we can discover what unites us.” 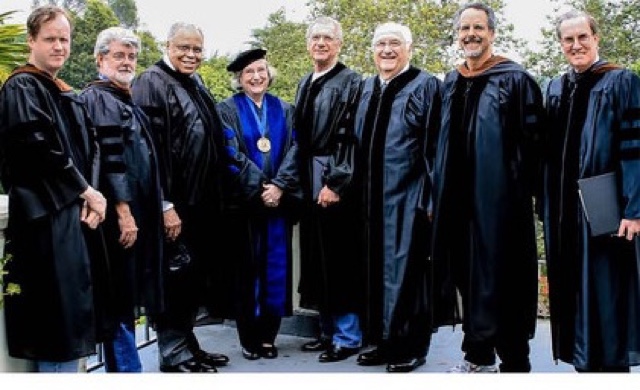 "AFI saved our film history. AFI celebrates filmmakers. AFI trains the next generation. Thanks to Becoming AFI for telling us the fascinating story of its fifty-year history. And a big thank you to Jean Picker Firstenberg and James Hindman for documenting all of it! Here’s to the next fifty!”

Jean Picker Firstenberg served as president and CEO of the American Film Institute from 1980 to 2007, overseeing the development of AFI as one of America’s greatest national, cultural, and educational resources. She received an AFI Life Achievement Award for Service to the Institute and was named president emerita and a lifetime trustee. In 2016, Firstenberg was named to the California State University Board of Trustees by Governor Jerry Brown, overseeing the largest four-year public university system in the United States, with twenty-three campuses educating the most diverse student body in the nation. Prior to serving at AFI, Firstenberg spent four years as a program officer at the John and Mary R. Markle Foundation. She also served as director of Princeton University’s Publications Office. Firstenberg is a summa cum laude graduate of Boston University’s College of Communications. She has served on several boards, including that of Boston University (1984–1996), the George Foster Peabody Awards at Georgia University (1985–1997; board chair 1991–1997), and the United States Postal Service Citizens’ Stamp Advisory Committee (2002–2014; committee chair 2008–2014). She has won numerous awards and honorary degrees.

James Hindman, PhD, has spent his career in cinema and performing arts, creating and leading professional and public education programs at major institutions. During his twenty-four years at the American Film Institute, where he served as co-director and chief operating officer, he was provost of the AFI Conservatory, which he nurtured through WASC accreditation. He was also the uncredited producer of the award-winning feature documentary Visions of Light and the television series Starring the Actor. He developed the AFI Silver Theatre and Cultural Center in Silver Springs, Maryland, as well as numerous television projects and international film and television festivals. Subsequent to AFI, he developed and led film schools in the U.S. and internationally, including the Red Sea School of Cinematic Arts in Aqaba, Jordan, and New Mexico State University’s Creative Media Institute in Las Cruces. He is currently on the board of the New Mexico School for the Arts in Santa Fe, charged with creating a new cinematic and media arts program and facilities for the school. Prior to AFI, he served as head of graduate studies in the Performing Arts Department at American University in Washington, DC, having previously taught at the University of North Carolina. Hindman holds a PhD in drama from the University of Georgia and has served on the boards of the AIDS Service Center and LAMP in Los Angeles. He currently splits his time between Santa Monica, California, and Taos, New Mexico.

Patty Jenkins made history in 2017 when she directed her second film, Wonder Woman, becoming the first woman to direct a studio superhero movie and earning the biggest domestic opening of all time for a woman director. Jenkins wrote and directed her first film, the crime drama Monster, in 2003, launching Charlize Theron’s career with many awards, including an Oscar for Best Actress. Jenkins graduated from the Cooper Union for the Advancement of Science and Art in 1993 and the AFI Conservatory in 2001.

Dana Gioia was appointed Poet Laureate of the State of California in 2015 by Governor Jerry Brown. An award-winning poet who has published five collections of poetry, Gioia served as chair of the National Endowment for the Arts from 2003 to 2009, and was named a USC Judge Widney Professor in Poetry and Public Art in 2011.