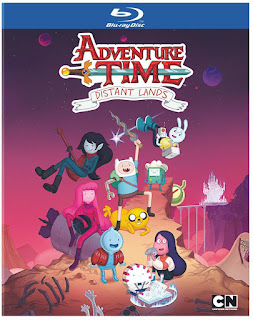 Return to the Land of Ooo when the

BURBANK, CA (January 12, 2022) Oh My Glob! Get ready embark on a magical journey through the Land of Ooo and beyond when Warner Bros. Home Entertainment brings the Emmy-nominated Max Original, Adventure Time: Distant Lands to Blu-ray and DVD on March 8, 2022.

Binge all four specials from the limited series and explore the unseen corners of their world with characters both familiar and brand-new. Adventure Time: Distant Lands is priced to own on Blu-ray for $19.98 SRP ($24.98 in Canada) and on DVD for $14.98 SRP ($19.98 in Canada).