Sex Is Not That Simple, The Documentary Series That Will Make You... 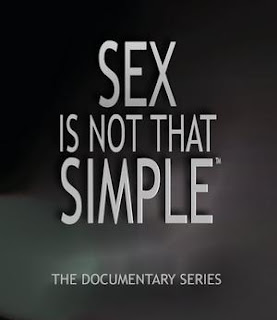 LOS ANGELES, CA, September 22, 2020 -- "No one's ever looked at my vagina before. I was like: 'Oh my God, is it normal? Does it look ok?'" Sara says. In "Sex Is Not That Simple", a new documentary series, 9 people talk about their sexual experiences. They share funny stories, anecdotes and doubts, and all come to the same conclusion: Sex is not as easy or intuitive as we pretend.

"[We were in bed and] this girl wanted me to choke her with her necklace until she was really red. I pretended that I was into this stuff but inside I was like: "Oh my God! What am I doing?!'" Zaza tells in episode 3. This series, composed of 6 episodes, deals with 18 different subjects. Among them: insecurities about genitals, oral sex and even ego. "When the person I am having sex with likes what I did, I feel like I am applauded!" says Ada. The documentary series also gets into more sensitive topics such as consent and slut shaming. Ceyda confesses: "Men can blame you for having too much libido. They call you a nymphomaniac, they ask you: 'Don't you have anything better to do?', stuff like this…". However, the viewer acknowledges that women and men are actually not so different. As good as sex might be (or not), it is a source of uncertainty for almost everyone."People talk a lot about sex but they rarely get into the real topic. Sex can be really challenging sometimes, for all of us. The message of this documentary is: 'You can chill, you are not alone in this mess'" Romain Anthony Zlatanovic, the director of the series, says. "Sexuality is not necessarily intuitive. We have to learn how to act, how to handle someone else's body… And sometimes it gets weird! There can be unexpected reactions, unexpected noises... Watching this documentary, everyone will feel a bit more comfortable. And will also have a good time."What about fetishism? Orgasms? Why is the clitoris not explicitly mentioned in such a series? "In this first season, we focused on doubts and awkwardness. All those topics will be covered in the two next seasons called "Identities" and "Pleasure", the director assures. You can watch Sex Is Not That Simple on Vimeo (worldwide), Amazon Prime (US and UK), Youtube Movies and TV (US, Canada, UK, Australiaand France) and Google Play (US, Canada, UK, Australia and France). More info: www.sex-is-not-that-simple.com
Posted by GenreOnline.net at 3:54 AM