Relive some of Eddie Murphy’s most hilarious films at home before Coming 2 America debuts!
Own the following from Paramount Home Entertainment on December 1, 2020: 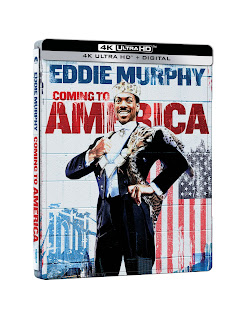 Join Eddie Murphy on an unforgettable comic quest to the New World.  As an African prince, it’s time for him to find a princess... and the mission leads him and his most loyal friend (Arsenio Hall) to Queens, New York.  In disguise as an impoverished immigrant, the pampered prince quickly finds himself a new job, new friends, new digs, new enemies and lots of trouble. Keep an eye out for both Murphy and Hall in some unforgettable cameo roles!

The 4K Disc presentations include the following previously released special features in HD:

·       Prince-ipal Photography: The Coming Together of America

·       Character Building: The Many Faces of Rick Baker

This action-comedy classic has been remastered in 4K with HDR and will be available in a 4K Ultra HD/Blu-ray Combo with Digital copy and is available now on 4K Ultra HD Digital.

BEVERLY HILLS COP follows the one-and-only Axel Foley, a street-smart cop from Detroit.  Tracking down his best friend's killer in Beverly Hills, Axel smashes through the local barriers in a hilarious, high-speed pursuit of justice.

·       An isolated audio track of the original score by Harold Faltermeyer 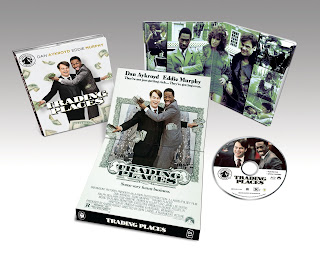 One of the funniest, most outrageous comedies of the 80s arrives on Blu-ray as part of the Paramount Presents line.  Newly remastered from a 4K film transfer supervised by director John Landis, TRADING PLACES cemented Eddie Murphy’s star status.  The limited-edition Paramount Presents Blu-ray Disc™ is presented in collectible packaging that includes a foldout image of the film’s theatrical poster and an interior spread with key movie moments.  The film will also be available on 4K Ultra HD Digital.

The very rich and extremely greedy Duke Brothers (Don Ameche and Ralph Bellamy) wager over whether “born-loser” Billy Ray Valentine (Eddie Murphy) could become as successful as the priggish Louis Winthorpe III (Dan Akroyd) if circumstances were reversed.  Alongside the street-smarts of Ophelia (Jamie Lee Curtis), Winthorpe and Valentine are a trio ready for a riotous revenge that culminates on the commodities trading floor in New York City.

The Paramount Presents Blu-ray includes a new Filmmaker Focus with John Landis, access to a Digital copy of the film, as well as the following previously released bonus content: 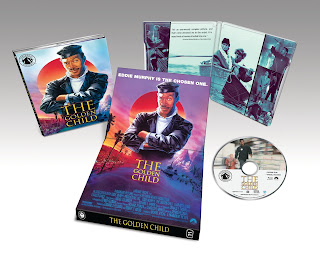 Newly remastered from a 4K film transfer under the supervision of director Michael Ritchie, this hit action-comedy comes to Blu-ray for the first time as part of the Paramount Presents line. The limited-edition Paramount Presents Blu-ray Disc is presented in collectible packaging that includes a foldout image of the film’s theatrical poster and an interior spread with key movie moments. The film will also be available on 4K Ultra HD Digital.

The Paramount Presents Blu-ray includes a new featurette on the Making of The Golden Child, as well as access to a Digital copy of the film and the theatrical trailer.

Posted by GenreOnline.net at 5:04 PM