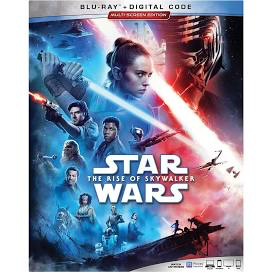 Writer and Director J.J. Abrams had an unenviable task of trying to conclude what is now considered The Skywalker Saga after the divisive Star Wars: The Last Jedi split the fans in half with some loving the eighth episode while others hated it. Despite Abrams’ sincere attempt to be true to the spirit of Star Wars, which has inspired generations and will continue to do so for as long as humanity walks the Earth and maybe beyond that too. So it appears he tried to please everyone, but in doing so he definitely seemed to distance himself from Ryan Johnson’s film while no negating it status as part of the Star Wars cannon or continuity. As a result we got a hastily written conclusion to one of the best space operas of all time. Despite whatever problems the prequel trilogy had, at least George Lucas got to tell the prequel trilogy his way and as a result the prequel and classic trilogies feel cohesive. However since they chose not to follow Lucas’ notes on what he originally envisioned the sequel trilogy to be and instead they went their own way. At least no one can blame George Lucas for see films since I do feel too many people have literally profited by bashing George Lucas so much that one wonders just how bitter he must feel about the way it turned out because these new films do not jell with the previous trilogies and at best feel like a sloppy epilogue. What I think would have made The Rise Of Skywalker a much better film is if they split the story into two films much like was done for the final installment in The Hunger Games Trilogy and the final novel adaptation in the Harry Potter movie series.

That way the characters would have had more room to breathe and the character arcs developed so beautifully in The Force Awakens would have been fulfilled in a more satisfying way because what made Star Wars unique within the genre was the way Lucas mixed iconic character archetypes and added a spiritual touch to the first six movies that helped them to resonate with generations of fans. As it is everything feels rushed in this final installment and since Lucas’ ideas and roadmap he had for the sequels was completely derailed, I do not believe we got the full story as Lucas intended. Instead we got what Lucasfilm and Disney cobbled together as a sequel trilogy, but only a pale one at best.

Disney/Lucasfilms’s Star Wars: The Rise Of Skywalker Blu-ray + Digital Code: Multi-Screen Edition   presents the ninth installment in a beautiful crystal 1080p full HD (2.38:1) widescreen aspect ratio and an enveloping English DTS-HD MA 7.1 Surround Soundtrack. An English Descriptive Audio Track is also provided for the visually impaired and English Subtitles for the Deaf and Hearing Impaired too. French and Spanish Language Dolby Digital 5.1 Surround Soundtracks are also encoded as listening options. There appear to be other language and subtitles encoded on the Blu-ray Disc that are not listed in this he packaging.

The second Blu-ray Disc includes a large apart of the extra value materials that include the excellent and informative documentary The Skywalker Legacy (2:06:11) and this is supported by several featurettes the Pasaana Pursuit speeder chase sequence (14:17), D-O: Key To The Past (5:33) Warrick  & Son (5:37) and a Cast Of Characters (7:46). In addition there is an insert with a limited time only Movies Anywhere Digital Copy Code that gives access to the exclusive Maestro’s Finale featurette focusing on John Williams final composition and conducting the soundtrack music for The Rise Of Skywalker (11:04). Also included are three extensive still galleries containing approximately 89 production photos, 22 posters photos and 70 concept are shots. The Blu-ray and Digital Copy menus on Apple TV are well rendered and easy to navigate.

Star Wars: The Rise Of Skywalker Blu-ray + Digital Code: Multi-Screen Edition will debut at retailers on and offline on Tuesday March 30, 2020 courtesy of Lucasfilm and Disney. May The Force Be With You.

Posted by GenreOnline.net at 4:10 PM