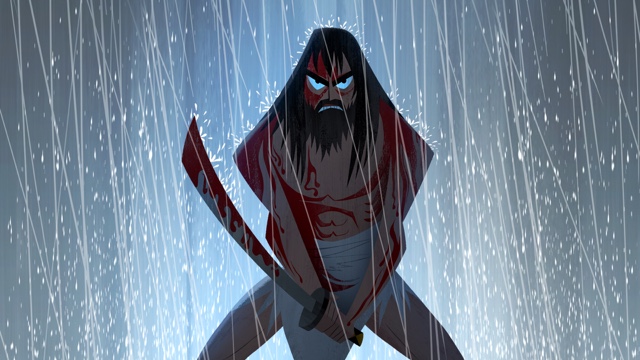 The First Look at the Show’s Epic Season One Movie Remastered in High Definition, Exclusive Extras From Samurai Jack: The Complete Series Box Set and Special Surprises for Fans

Presented by Fathom Events and Adult Swim, “Samurai Jack: The Premiere Movie Event” will be shown in U.S. cinemas for one night on Monday, October 16 at 7:00 p.m. local time.

Offering fans the ultimate Samurai Jack experience, the exclusive one-night cinema event will captivate audiences with special content filmed for this exclusive event and never-before-seen bonus material from the highly anticipated complete series box set prior to its release on October 17, alongside other special surprises.

Tickets for “Samurai Jack: The Premiere Movie Event” can be purchased online by visiting www.FathomEvents.com or at participating theater box offices. Fans throughout the U.S. will be able to enjoy the event in more than 500 select movie theaters. For a complete list of theater locations, visit the Fathom Events website (theaters and participants are subject to change).

“Samurai Jack: The Premiere Movie Event” follows a young Samurai after he is sent to the future by the evil wizard, Aku. Determined to undo his destruction, Jack sets off on a daring journey to return to the past and defeat Aku once and for all. Gathering allies and combatting other villains along the way, Jack battles to accomplish his mission and restore the peace of the past.

“Although the beloved Samurai Jack series has concluded, the action-packed fun isn’t over yet,” Fathom Events CEO Ray Nutt said. “Our partnership with Adult Swim was created to ensure that audiences have the opportunity to get the ultimate Samurai Jack experience alongside other fans in a community setting.”

“We’re excited to partner with Fathom Events to bring Samurai Jack fans an event they’ll never forget,” Erik Resnick, SVP, business development and commercial strategy for Cartoon Network, Adult Swim and Boomerang said. “Not only will they be able to relive the action-packed premiere that ignited their love for the series, but they’ll be able to experience Samurai Jack like never before, alongside others who share their excitement.”

Posted by GenreOnline.net at 8:48 AM