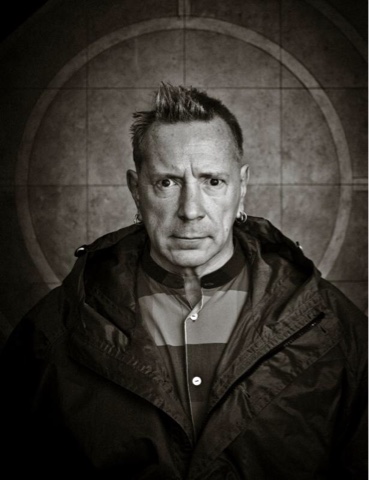 In celebration of 40 years of songwriting across both the SEX PISTOLS and PUBLIC IMAGE LTD (PiL) eras, JOHN LYDON is delighted to announce the personal and truly exclusive publication of MR ROTTEN'S SONGBOOK. Due out March 31, 2017 and limited to 1000 copies, MR ROTTEN'S SONGBOOKis available to pre-order now via: https://mrrottenssongbook.concertlive.com. ***See the Q&A with JOHN LYDON below.
Presented in glorious, luxury large format (370x290mm portrait), MR ROTTEN'S SONGBOOK features never before seen artwork as well as annotated song lyric sheets spanning LYDON's entire career all written in his own hand. As the book unfolds, each album is featured with an exclusive introduction to the songs from JOHN as well as the original cover and hand-drawn artwork from LYDON to beautifully bind the lyrics to their meanings. MR ROTTEN'S SONGBOOK gives fresh insight into the purpose behind the words that have shaped over four decades of his songwriting career. Every one of the book's three-hundred, handcrafted pages reflect JOHN working night and day over the final six months of 2016. Each book is hand signed by the man himself and individually numbered. 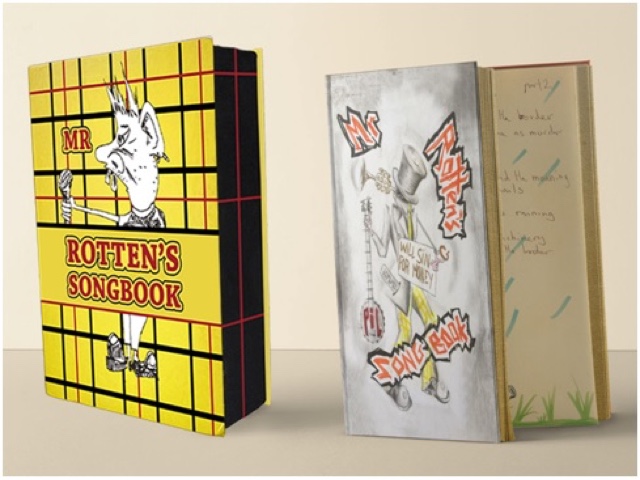