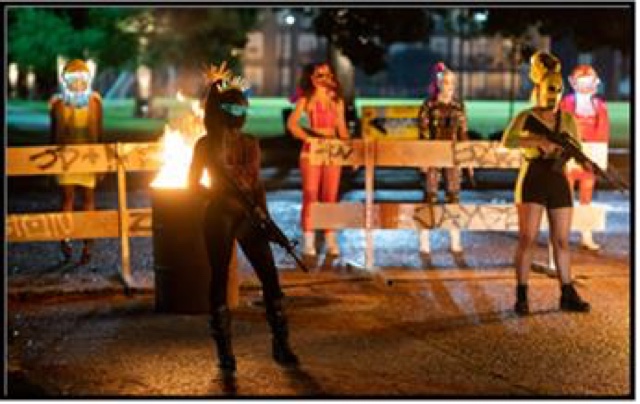 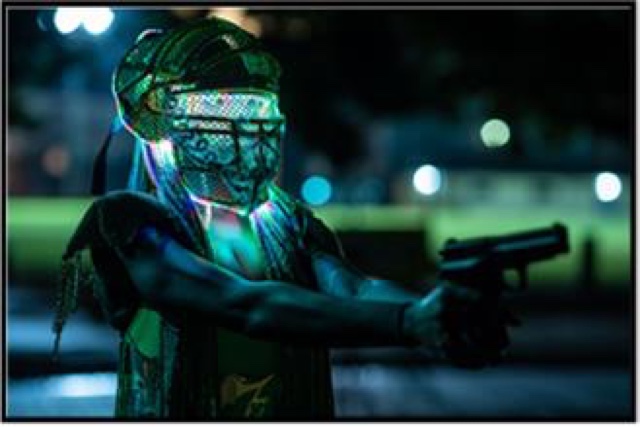 “MUST-WATCH LIST” MOVIES
THE MECHANIC (UNCUT) – Saturday November 3 at 10:30a/9:30ac
NATIONAL TREASURE: BOOK OF SECRETS – Saturday November 3 at 12:30p/11:30a c
SAN ANDREAS (UNCUT) – Saturday November 3 at 3p/2p c
MARVEL’S AVENGERS: AGE OF ULTRON (UNCUT) – Saturday November 3 at 5:30p/4:30p c
ANT-MAN (UNCUT) – Saturday November 3 at 8:30p/7:30p c *NEW-TO-USA*
MONDAY, OCTOBER 29
WWE MONDAY NIGHT RAW (LIVE) – 8/7c
Emanating live for three hours from the Spectrum Center, Charlotte, North Carolina, MONDAY NIGHTRAW® features WWE Superstars Roman Reigns, Seth Rollins, Alexa Bliss, Sasha Banks, Samoa Joe and more.
TUESDAY, OCTOBER 30
WWE SMACKDOWN (LIVE) – 8/7c
Emanating live for two hours at 8/7c from the Philips Arena, Atlanta, Georgia, SMACKDOWN LIVE® features WWE Superstars AJ Styles, Charlotte Flair, Becky Lynch, The New Day, Jinder Mahal, Randy Orton and more.
THE PURGE “I Will Participate” – 10/9c
Joe debates the Purge with Jane. Miguel teams up with Pete to rescue Penelope.
THE PURGE “Mischief Night” MARATHON – 11:00pm – 8:00am
Happy Halloween! Catch up on USA's newest series THE PURGE ahead of the season finale on Tuesday 11/6 @ 10p. Based on the hit movie franchise from Blumhouse Productions, THE PURGE revolves around a 12-hour period when all crime, including murder, is legal.
WEDNESDAY, OCTOBER 31
LAW & ORDER: SVU “Scare-A-Thon” MARATHON – 8:00am – 11:00pm
What do you call a skeleton who won’t work?  Lazy bones.  Ha-ha-ha.  There are no lazy boned people on the SVU team, that’s for sure.  These folks are working around the clock to solve the creepiest cases out there in time for Halloween.
Three all-new episodes airing back-to-back.
THURSDAY, NOVEMBER 1
NCIS “Fall in Love with NCIS”MARATHON – 9:00am – 11:00pm
Three of our favorite things about autumn? Changing leaves, pumpkin spice, and NCIS! Cozy up with your favorite sweater and rediscover your love for Gibbs and the gang.
FRIDAY, NOVEMBER 2
MODERN FAMILY – 10:00pm – 11:00pm NEW-TO-USA
Two new episodes airing back-to-back.
SUNDAY, NOVEMBER 4
LAW & ORDER: SVU “Real Housewives of SVU” MARATHON – 9:00am - 11:00pm
We sure are glad that SVU is not a reality television show, even though a lot of the episode subjects are ripped from the headlines! They still have just as much drama though so tune-in to see wives, housewives, and Real Housewife of NYC's Countess Luann de Lesseps guest star in this all day marathon!
Posted by GenreOnline.net at 12:46 PM